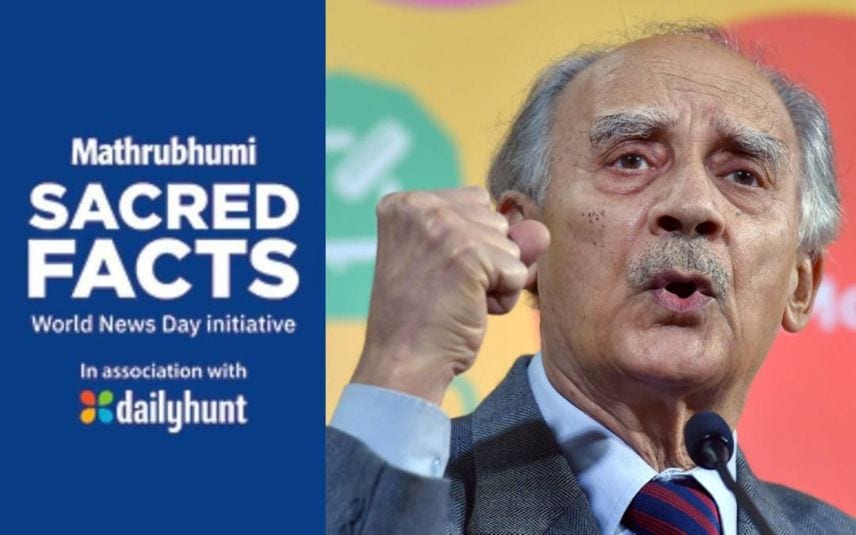 "Today, the media is about fake news, sponsored news, and views. And it is also the day when the walls are closing in on independent and free journalism. Focus on facts, not on purveying opinions," he said while delivering a keynote address in the inaugural session of a one-day event titled ‘Sacred Facts’, organised by Mathrubhumi, to commemorate World News Day.

He asked journalists to pursue facts which they have discovered, analysed and cross-examined, instead of relying on the findings of governments or private entities. He reminded that media houses should follow up on stories published in the past and oversee their current status.

"How many readers or viewers will know what is happening to the Bankruptcy Code? It was hailed as a great revolutionary reform after 70 years or 60 years in India. And what happened? Do we know what is happening?" he said. He added that nothing has happened in the past three years, and the situation persists.

Arun Shourie noted that media houses are now "toeing with the government" and "regurgitating like cows or buffaloes" on whatever the government asks to propagate.

"As you can see, the scope for independent and free journalism is becoming narrower and narrower. These channels and main newspapers are just toeing the government line or regurgitating like cows or buffaloes, what the government gives them or what they want media to publicise. Others have stepped out of the mainstream," he said.