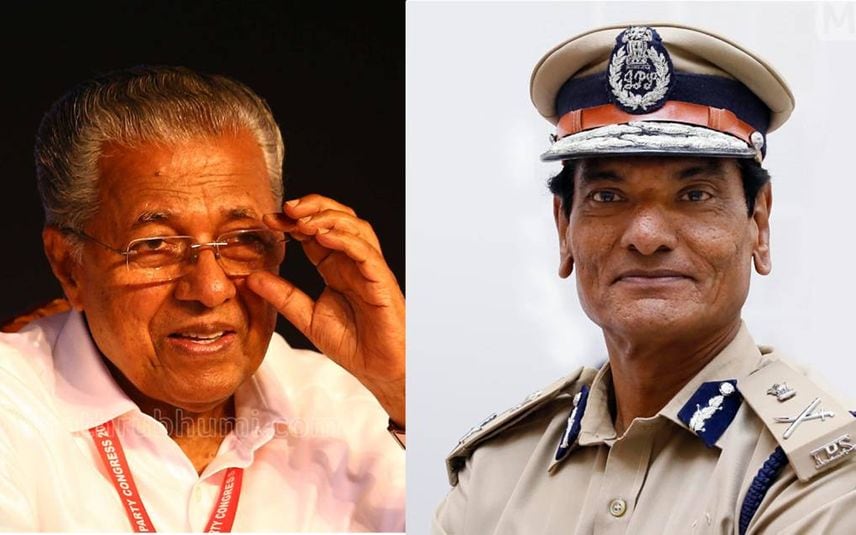 Thiruvananthapuram: Kerala police chief Anil Kant has declared that no one will be blocked on the road and barred from wearing black masks and outfits as part of the Chief Minister’s security measures in the state. He added that directions were given to the police personnel regarding this.

“Public will not be unnecessarily blocked on road as part of the CM’s security. No one will be restricted from wearing black masks or outfits. Strict directions are given to the police officials regarding this earlier,” informed the DGP through a press statement.

Meanwhile, reacting to the row, the CM rubbished the ban on black colour as a false propaganda.

The state government has not passed any direction prohibiting wearing of black masks or apparel and neither has anyone's right to move around been blocked, said the CM.

Responding to allegations and criticisms against his government over the reported bar on use of black masks and apparel at events being attended by the Chief Minister, Vijayan termed them as false stories or propaganda of some vested forces who want to mislead the people and defame the LDF administration.

Speaking at the online inauguration of a meeting of library workers in Kannur, Vijayan said there was a big campaign going on claiming that people's right of way or right to move around was being blocked in the state and clarified that nothing like that was being done in Kerala.

"In this state, the right to move around will not be denied to anyone under any circumstance," the Chief Minister said.

He also said that in the last few days there was a big propaganda going on trying to mislead the public by saying that black coloured dress or mask cannot be worn in Kerala.

"Everyone in Kerala can wear a dress of the colour they chose and it is a false propaganda of some vested forces that the state government has prohibited wearing of black dress or masks," he claimed.

He further claimed that people need to keep in mind that during the LDF rule there will be no such bar against wearing of black masks or dress in Kerala.

Vijayan also contended that for want of anything else to defame the government, some vested forces were resorting to spreading such "false stories".

He also said the state government would continue working against the forces that are against the interests of Kerala or trying to destabilise it.