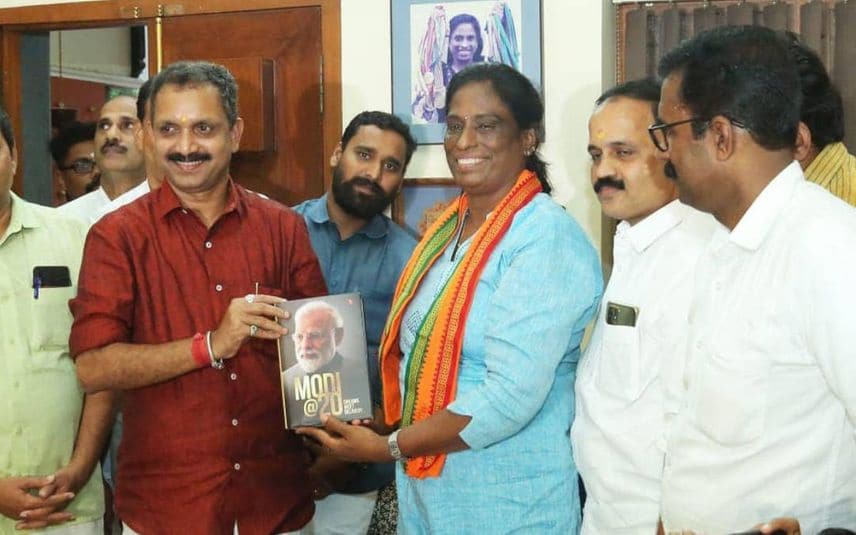 Thiruvananthapuram: Following her nomination to Rajya Sabha, Olympian PT Usha affirmed that sports remains more important than politics for her. Her nomination to the upper house is being considered as the recognition given to sports, said PT Usha. Expressing that the nomination was unexpected, PT Usha conveyed her gratitude to the Prime Minister. She was addressing the media after reaching her residence in Payyoli after being nominated to the Rajya Sabha.

When enquired about Usha’s response to the comments of Elamaram Kareem on her nomination, Usha replied that he is a popular leader whom she respects. She said that she knows him well for the past 30 years and added that he can talk against anyone over anything.

As a Rajya Sabha member, she may not be like Suresh Gopi as everyone has their own different approaches, said PT Usha. She attended the press meet along with BJP state leaders.

She asserted that the Usha School of Athletics is her life-breath and she will proceed with the activities of the school. “No achievement can satiate the loss of an Olympic medal,” she said.