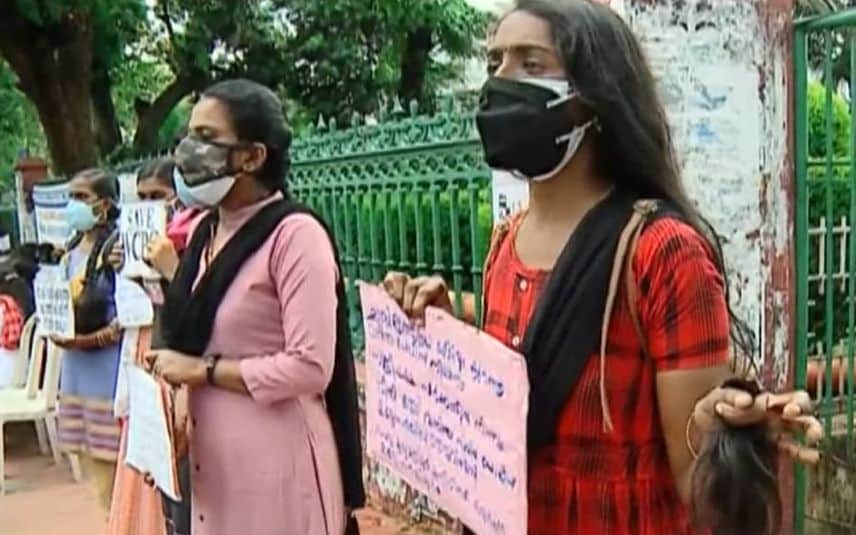 Thiruvananthapuram: Soon after Chief Minister Pinarayi Vijayan informed the Assembly that the validity of the PSC rank lists cannot be extended, women candidates cut their hair as protest in front of the secretariat here. Women civil police officer rank holders said they will continue the protest.

The PSC has filed an appeal in the court against the order of the Administrative Tribunal’s Thiruvananthapuram bench extending validity of the lists.

The women civil police officer rank holders stated that vacancies are comparatively low in their post. Their effort will be in vain if the validity of the list is not extended, they pointed out.

Denying the Opposition's demand for extending the validity by three weeks, chief minister said that many people are waiting for opportunities.