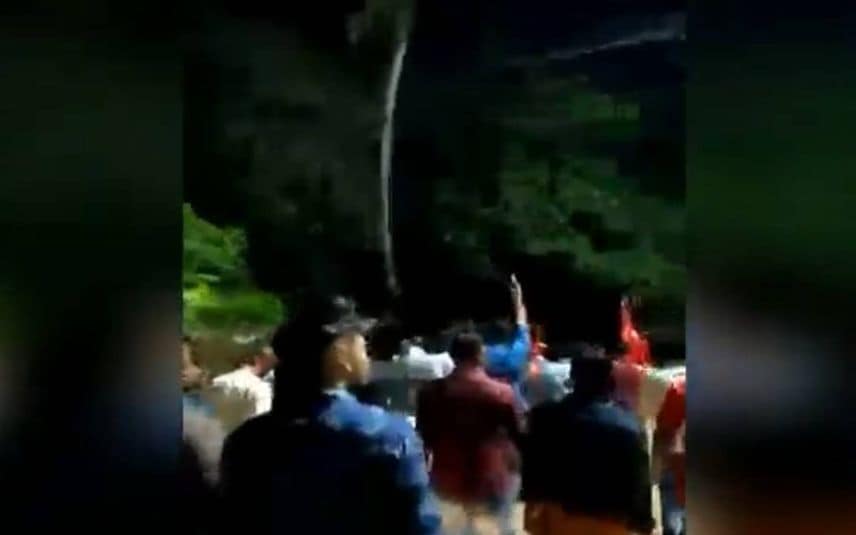 A visual from the purported video of the incident / Photo: Screengrab from Mathrubhumi News

Kozhikode: Police have booked CPM workers who were seen raising provocative slogans in Thikkoti here. They were booked over complaints lodged by SDPI and Congress. A case has been booked against identifiable persons. However, no one has been named yet.

Meanwhile, the purported video of the incident was widely shared on social media. The sloganeering happened in the protest march organized by the CPM workers in retaliation to the Congress workers' protest against CM Pinarayi Vijayan inside the flight.

In the video, protestors were seen reminding the fate of Kripesh, Sharath Lal and Suhaib, Congress workers who were murdered. A voice in the video also warns of dire action if someone goes against the CPM.