The protest conducted by candidates demanding appointment of those who were included in PSC rank lists and end regularization of temporary employees entered into the 21st day on Monday. 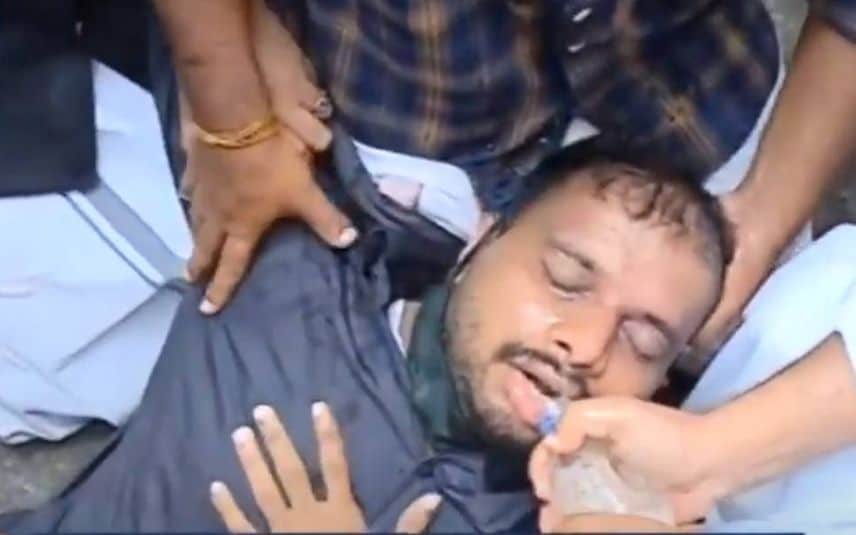 The PSC rank holders, including women, crawled on their knees in the blazing sun from the south gate of the Secretariat to the protest venue to mark their objection to the government’s stance.

The protest conducted by candidates demanding appointment of those who were included in PSC rank lists and end regularization of temporary employees entered the 21st day on Monday.

The protesters said that the government was ignoring them. We are facing grave injustice from a government which promised the maximum number of employment opportunities in their election manifesto. Even though there is a court order, the government is not considering the demands of the candidates.

We have made huge sacrifices to get jobs we deserve and we are ready to fight until death. There are thousands of candidates and their families who are waiting to secure the jobs. However, the government is turning a blind eye towards us.

“We were included in the PSC rank list as we studied properly and performed well in the examinations. So why is the government showing stubbornness towards us?. Many of us have crossed the age bar to attend PSC examinations. This is our last hope. We don’t have any other options. We will fight until the government takes a favourable decision,” said a protesting PSC rank holder.

Thrissur: Eleven passengers, including nine children who were affected by food poisoning during a train journey, were hospitalised in Thrissur and Ernakulam ..

Kalpetta: The Wayanad district administration has launched a special campaign to intensify UDID enrolment of differently-abled individuals along with Social ..

Govt to cut down permanent staff in Maveli stores, supermarkets in state

Kozhikode: The state government is planning to cut the number of permanent staff working in Maveli stores and supermarkets in Kerala. A review meeting ..