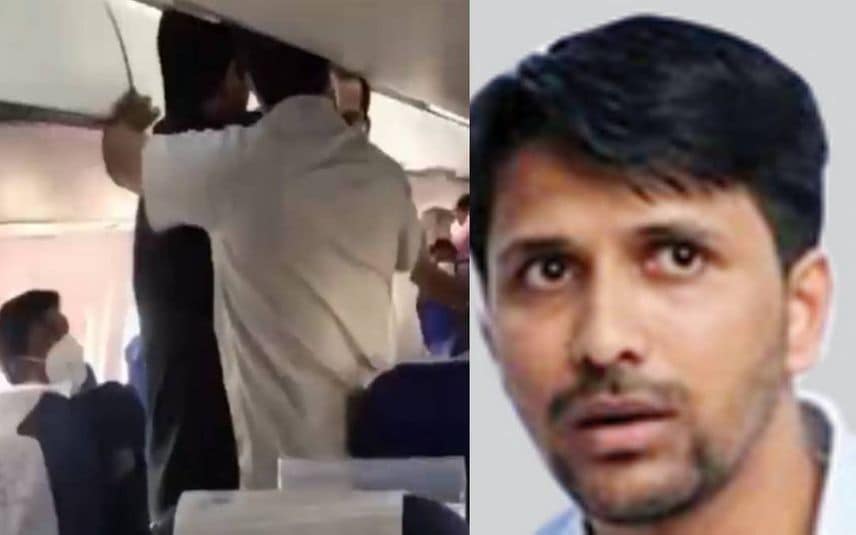 Visual of protest inside flight-Farzeen Majeed

Kannur: A local court here dismissed the bail plea of Congress workers Farzeen Majeed and Naveen Kumar in the case registered for protesting against chief minister Pinarayi Vijayan
inside an aeroplane.

Farzeen is named in the goonda list, said the prosecution in the court. There are 13 cases registered against him, it claimed.

The case was moved to the district court as the trial court accepted the argument of the prosecution that it does not have the power to prosecute crimes under aviation laws.

The investigation team has recorded the statements of the co-passengers in the flight.

A case was registered against three Youth Congress workers under various sections of the Indian Penal Code including 120 (B) (Conspiracy), 307 (Attempt to murder) and Section 332 (Voluntarily causing hurt to deter public servant from his duty), Section 22 of the Aircraft (Investigation of Accidents and Incidents) Rules, Section 11 A of the Aircraft Act and Section 3(1) (a) of the Suppression of Unlawful Acts against Safety of Civil Aviation Act. The incident happened on Monday in the Indigo flight from Kannur to Thiruvananthapuram.

They were earlier remanded till 27 of this month.