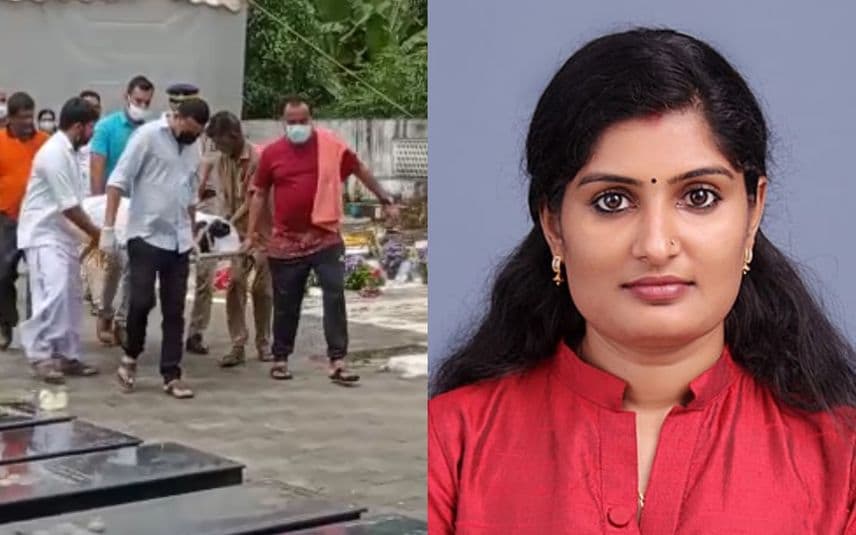 Thrissur: The probe into the murder of Mysuru traditional healer Shaba Shareef in Nilambur has shed light to uncover the mystery behind the death of a Thrissur woman in Dubai. The probe team here on Thursday exhumed the body of the woman named Dency who was found dead two years ago in Dubai.

The body of Dency Antony was exhumed from St. Joseph’s Church cemetery in Chalakudy and was taken to Thrissur Medical College for post-mortem. After procedures, the body will be buried.

Dency and NRI businessman Harris hailing from Kozhikode were found dead in Dubai in 2020. According to police, they have obtained evidence that suggests Shaibin Ashraf, the key accused in Nilambur murder case plotted to kill Harris and the woman.

According to the police, Shaibin Ashraf’s aides also claimed that the woman was murdered.

When Shaibin was arrested over the death of Shaba Shareef, then family members of Harris approached the police demanding a probe into his death. However, police then maintained that they cannot register a case as the deaths happened abroad.

Following that, the family approached the court and it ordered the police to initiate a probe. The woman's body was exhumed and taken for autopsy as a new development in the probe.