“I suspect the involvement of the original handlers of gold in the smuggling case behind the appointment of Swapna Suresh. What is the interest of Aji Krishnan in appointing Swapna as its CSR director. I am going to intimate all the investigating agencies to highlight the importance of probing the Dubai links of Aji Krishnan,” said Krishnakumar. 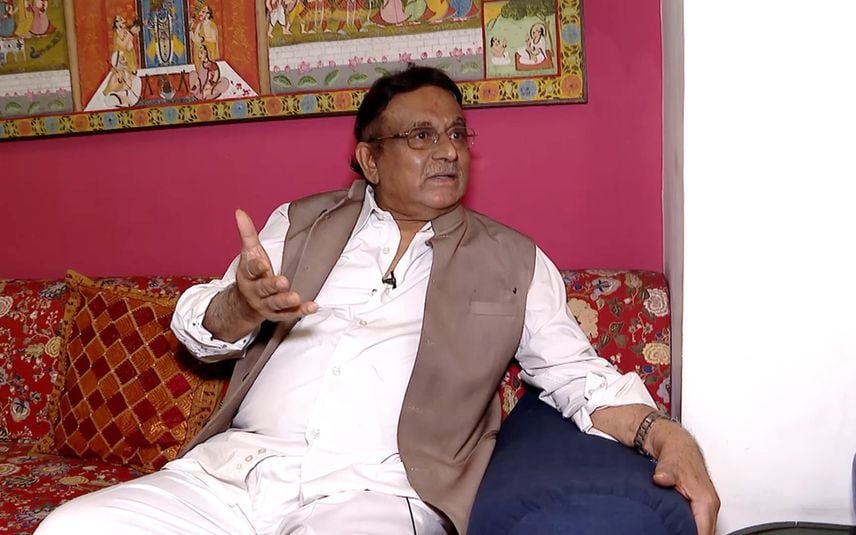 Kochi: The Dubai links of Aji Krishnan, Founder-Secretary of High-Range Development Society (HRDS), must be probed by the Enforcement Directorate (ED) as it will shed light on the gold smuggling case, says S Krishnakumar, former MP and senior BJP leader.

He was speaking to Mathrubhumi.com over phone on the controversial appointment of the gold smuggling case accused Swapna Suresh in HRDS as its CSR director. “I suspect the involvement of the original handlers of gold in the smuggling case behind the appointment of Swapna Suresh, who is also an accused in the case. What is the interest of Aji Krishnan in appointing Swapna as its CSR director?. She is still an accused in the case as she has not been declared innocent by any court. The case is still being investigated by ED, NIA and CBI. I am going to intimate all these investigating agencies to highlight the importance of probing the Dubai links of Aji Krishnan,” said Krishnakumar.

He further said that every other day Aji Krishan is in Dubai and he has a wealth of nearly 300 crores. "How he became rich abruptly as he was working in a toddy shop years ago. He takes Rs 5.5 lakhs every month as salary from HRDS. He has seven cars, one for his brother, one for his son, who is a student and two for his lady friends, who are also part of HRDS. I have already written to the DGP of Kerala and the chief secretary with all relevant records. I will soon approach the district judge requesting to probe all the transactions behind HRDS. Aji Krishan is a crooked man and all his wrongdoings must be probed,” added Krishnakumar.

He also alleged that for constructing houses for the tribals in Attappadi, he had collected crores of rupees from a number of contractors with an assurance of returning more money. “Now all of them are running behind him for the money and two cases are pending against him. In Kozhikode town police station, there is another case against him for money laundering. The banned currency of a sum of rupees 100 crores was seized from him after demonetisation. He told police that the money belonged to a swamiji, who got it as donations. Later, the swamiji became the chairman of HRDS and the case is still pending in the court. I have evidence to prove FCRA violations in the transactions by HRDS and other irregularities,” said Krishnakumar.

He added that he is still the chairman of HRDS and one can check the records with the registrar of society. “The appointment of Swapna is illegal. As per the by-law of HRDS, an appointment will be valid only if signed by its chairman. I being the chairman, it was through the media I came to know that Swapna was appointed in HRDS. When asked about the appointment, they told me that I was evicted. How a secretary can evict the president of an organisation. Similarly, he sacked all the board members and replaced them with his friends,” added Krishnakumar.

When contacted the Vice-President of HRDS, KG Venugopal, he said, “Krishna Kumar was absent in more than three board meetings consecutively. As per the by-law of HRDS, if a person is absent from three meetings, he is considered terminated. He was terminated six months ago.”

He also said that Krishnakumar is supposed to pay back nearly Rs 1.5 crores to HRDS and a legal notice was served to him recently. “He took the money to avoid a bank from attaching his property. We have all the records of it. When asked for the money back, he got upset. It is the reason why he is creating trouble and raising baseless claims,” added Venugopal.

Snubbing this allegation, Krishnakumar said Aji Krishnan and the team in HRDS have been forging documents to prove false claims. “They held fake board meetings and kept forged documents to prove that I was absent in the meetings. In a similar way, they must have forged documents to prove that I took this whopping sum of Rs 1.5 crores. In fact they are supposed to pay money to me as my offices in Thiruvananthapuram and Delhi were used by HRDS for their work. I was offered to pay Rs 2.5 lakhs as honorarium-cum-rent every month. But not a penny has been given so far. They evicted me to cover up the frauds behind HRDS. In weeks, all will come to know that my words were true and Aji Krishnan will be behind bars,” added Krishnakumar.

Mathrubhumi.com tried to contact Aji Krishnan, however, he was unavailable for comments.