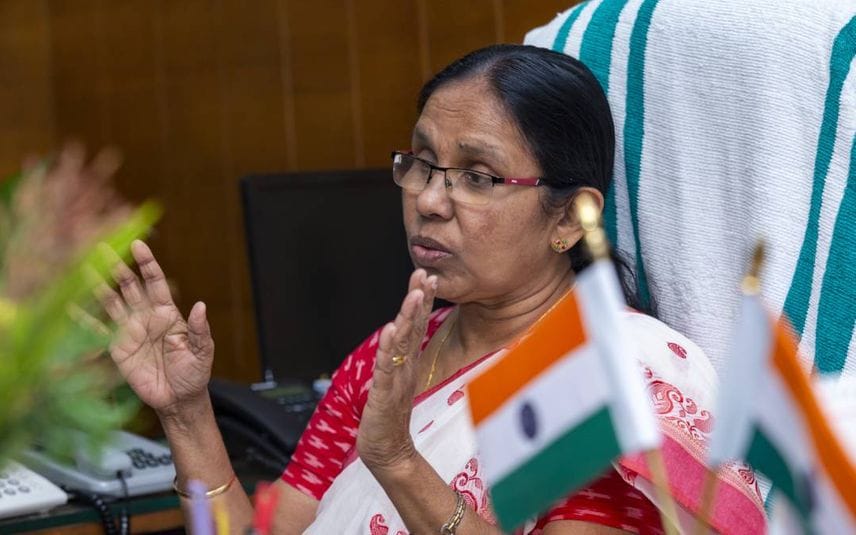 X
Thiruvananthapuram: KK Shailaja had received global accolades as an efficient health minister in the first Pinarayi Vijayan-led cabinet. However, she has not been included in the new cabinet following the CPM state secretariat decision that all ministers except the chief minister should be new faces. With this, Shailaja has been given the post of the party whip.
The politburo evaluated that Shailaja cannot be avoided due to her laudable activities as health minister and her image among the public. But the party was firm on the decision that nobody except chief minister should be considered in the cabinet again.
KK Shailaja was elected from Mattannur constituency this time with a record margin of 60,963 votes, which is highest majority in the history of Kerala assembly election.
Shailaja had served as CPM central committee member and became MLA three times. She was elected from Koothuparamba in 1996, Peravoor in 2006 and Koothuparamba in 2016. Though she contested from Pervaoor in 2011, she was defeated.
Shailaja entered politics through SFI when she was a student at Mattannur Pazhassi Raja College. She became DYFI state committee member later. She also served as All India Democratic Women's Association of India district secretary, state secretary and national secretary.