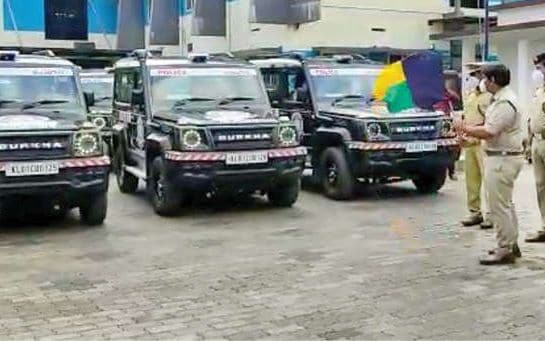 Nilambur: In a setback to the state, the 4x4x4 Gurkha vehicles purchased for the state police for use in hostile terrains has been criticized for its serious flaws.

The jeep was brought to the Nilambur region in Palakkad for assisting while travelling in the rugged hilly areas where Maoist presence was detected. Out of the total number of vehicles assigned for the state, a batch of Force Company's Gurkha jeep was made available to the police stations in the area.

However, it was alleged that the vehicle lacked proper ground clearance. The belly of the jeep hits the ground and obstructs traffic when it has to go through uneven roads, including the forest path.

KPAC Lalitha's last rites to be held in ...

A total of 140 such jeeps have been allotted to the police department across the state. Of these, 40 have reached Kerala. These jeeps can travel in rough terrains with a maximum of six people at a time.

At the same time, only a few models of the jeep series allocated for the state have such shortcomings. Four vehicles, including one at the police headquarters in Thiruvananthapuram, does not have this issue. However, the jeep sent to the hilly areas doesn't have enough ground clearance.