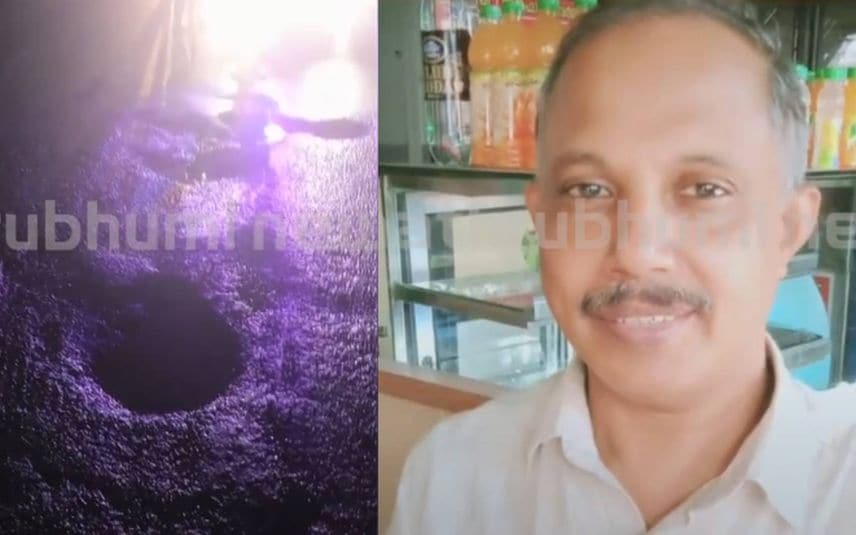 Kochi: Police are yet to identify the vehicle that ran over a man, killing him on the national highway in Athani near Angamaly. Hashim, a Paravur native, was thrown to the side of the road after his scooter lost balance after passing over a pothole.

Later, the police officials checked the CCTV footage in the area to identify the vehicle that killed him, but it was in vain.

National highway officials and road contractors were also excluded from the chargesheet prepared by the police. The police have registered a case under section 304.

The accident took place on Friday night. Hashim was thrown sideways after his scooter fell into a pothole on the national highway. Unfortunately, a vehicle passing through the road ran over Hashim's body, killing him on the spot.

Man dies after falling into pothole on ...