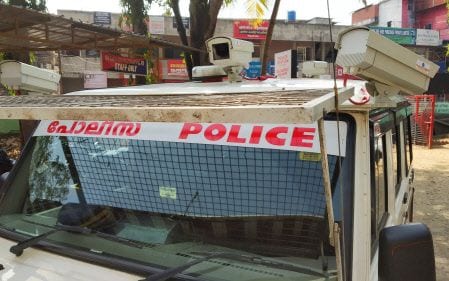 Thiruvananthapuram: Police are yet to file a case against the accused, who allegedly spread a morphed image of a girl. Even after the school authorities and parents of the girl filed a complaint, the Thiruvananthapuram rural cybercrime cell did not register a case. Instead, the police insisted on settling the case. The accused is son of a police officer.

Even though the police started investigation, there was no progress. Several students received more pictures after the news of the complaint came out. School authorities filed another complaint, following which police found the accused on November 21.

The accused was identified as a former student of the school, who is currently in 11th standard. The picture from an online event conducted by the school during the pandemic was used by the accused.

The father of the accused, who reached the station with his son, introduced himself as an irrigation department official. The cyber police officials said there was no need to file a case as the accused was a minor and forwarding the details to the juvenile justice board was enough.

The school authorities and parents of the girl insisted on filing a case against the accused.