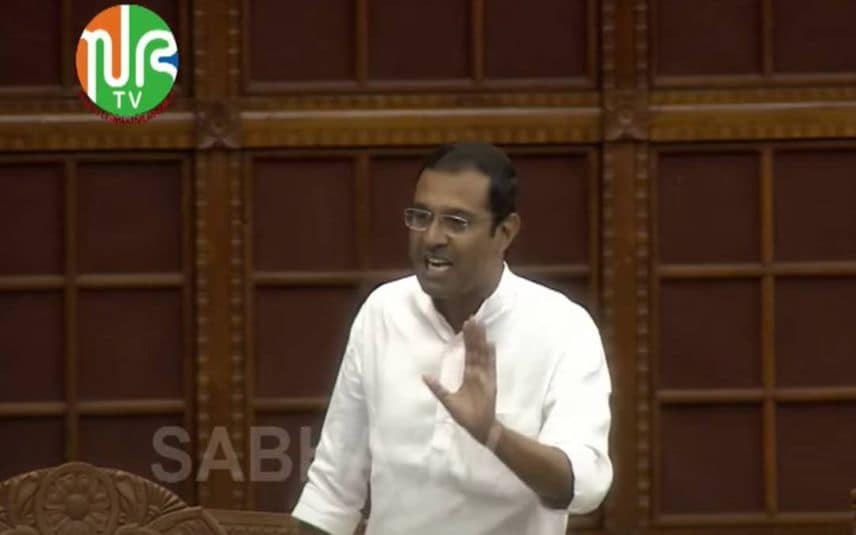 Thiruvananthapuram: MLA Roji M John alleged that state police find themself in a tight spot over their failure to arrest those involved in the attack on AKG Centre. He was addressing the Kerala assembly here on Monday during a discussion over the adjournment motion on the AKG centre attack.

The Angamaly MLA mocked the ruling government by claiming that the party and LDF convener would be in trouble if the police fail to arrest an accused having links with the congress.

"It has been four days since the attack on AKG Centre. We hoped that someone from the ruling front would bring up the topic in assembly. However, no one discussed the topic," he said.

Ridiculing the LDF convener, Roji commented that EP Jayarajan is a person with the ability to identify the culprit within seconds.

"EP Jayarajan, who arrived at the AKG centre five minutes after the attack, even recognised that a steel bomb was the explosive used for the attack. He also announced that Congress was behind the attack," he added.

He also questioned the state government's failure to assert that BJP, RSS or SDPI is behind the attack.

"LDF is well aware that BJP won't attack its office. The attack on AKG Centre occurred on the same day the court rejected a petition filed by state demanding withdrawal of the case on the attack on BJP office," he added. He claimed that Congress is the main opponent of LDF.

"The situation of Kerala Police is pathetic. They need to question Shaj Kiran and arrest Sarith at midnight. However, in the attack on AKG Centre, they failed to arrest the accused. They are trying to find a culprit who must be a congress sympathiser, he added.