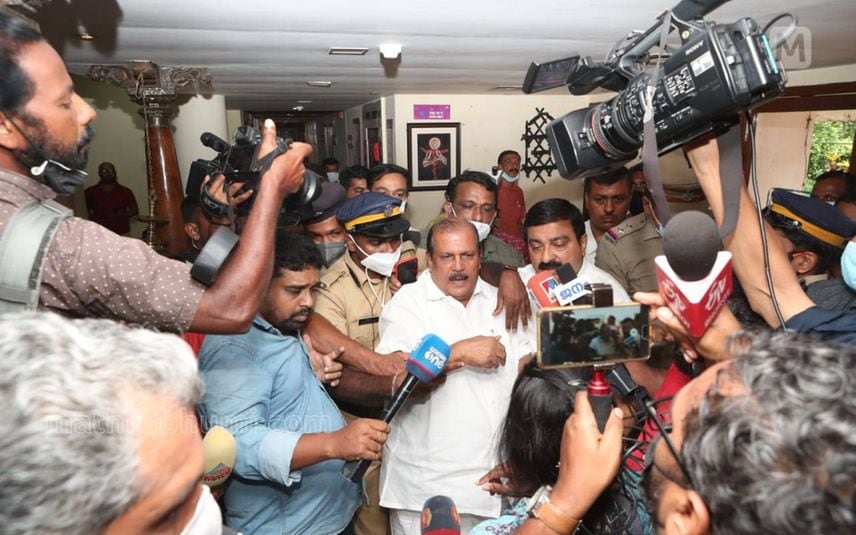 Thiruvananthapuram: Museum Police here on Saturday arrested former MLA PC George and slapped non-bailable charges against him over a sexual assault case. He was summoned to Thycaud guest house here on Saturday for an interrogation over the case related to alleged conspiracy to topple the government.

When the interrogation was in progress, a woman who is involved in solar case reached Museum police station around 12.40 pm and filed a complaint against George. After registering a case over the woman’s complaint, the police arrested the Kerala Janapaksham leader.

As per the FIR, he is booked under IPC 354 (assault or criminal force to woman with intent to outrage her modesty).

According to the complaint, PC George invited the woman to the guest house in Thycaud on February 10 this year where she was subjected to sexual abuse. She also alleged that she received inappropriate messages from PC George.

According to police sources, the sudden move to arrest George was made based on a secret statement given by the accused and according to a written complaint filed directly by her at the local police station here in this regard.

As per the complaint, the senior politician had allegedly behaved in a way insulting her modesty on February 10 at a guest house here and sent her indecent messages in mobile phone.

Soon after filing an FIR over the charges, a team led by the Cantonment Assistant Commissioner took George into custody.

He has been charged under IPC Section 354 (assault or criminal force to woman with intent to outrage her modesty) and 354 (a) (sexual harassment), they said.

However, George rejected the charges and claimed that he had not done anything indecent and it was a false complaint.

A former chief whip while the Congress-led UDF was in power, George also alleged that the accused came up with a complaint now as he did not give a statement in favour of her in a case she had filed against former Chief Minister Oommen Chandy.

While speaking to the reporters outside the police station, the politician again courted controversy by insulting a woman TV journalist who questioned him naming the accused, which is illegal.

Besides journalists, senior CPI(M) leader and Education Minister V Sivankutty were among those who strongly condemned his act.

George had sparked off a controversy in May by asking non-Muslims in Kerala to avoid restaurants run by the community.

However, within a few hours of his arrest, George secured bail from a Magisterial court.

He had lost Poonjar, his bastion, to the Left Democratic Front candidate in the 2021 Assembly polls in a triangular fight.