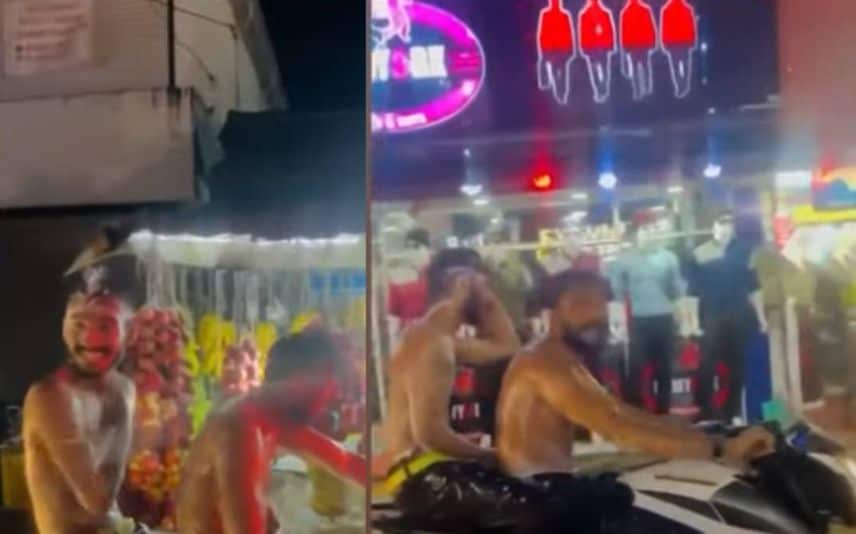 Kollam: Netizens have witnessed many bizarre incidents where people resort to gather attention. From hazardous bike stunts to inhumane pranks, social media offers people with such psyche to become famous even if it gathers negative attention.

According to police, two individuals from Cinemaparambu resorted to such an attempt and were slapped a fine. Ajmal and Badhusha leathered soap on them and took bath while travelling on bike through Sasthamcotta region. They were seen half-naked and enjoying the ride near Bharanikkavu junction. The video went viral on social media and police acted soon.

The duo maintained that they did it as it was raining and they were returning from play ground. Police also ruled out drugs. The fine was slapped for violating traffic rules.