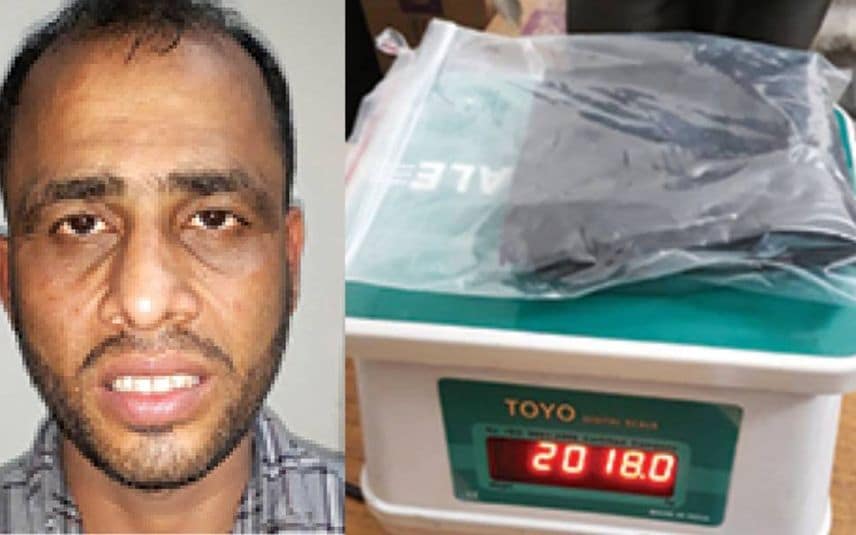 Karipur: Police seized gold compound weighing 2.5 kilogram from outside the Kozhikode airport. The gold worth Rs 1.5 crore has been attempted to be smuggled through the airport.

Police nabbed the carrier and Balussery native Abdusalam (40), who arrived at Kozhikode from Bahrain by Air India Express. He attempted to smuggle gold hiding a few pieces inside his cloth belt and the remaining were found in capsule form inside his body.

Though he could evade the inspection of Customs in the airport, he was arrested by the police who had already received information regarding the smuggling. Abdusalam was directed by the smuggling mafia to reach Thondayad by taxi. Police initiated a detailed probe and interrogation in the case.

Within two months police have seized 28 kilogram of gold worth Rs 14 crore through 30 cases from the Kozhikode airport.