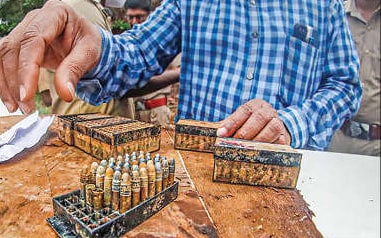 Kozhikode: As many as 266 bullets were found discarded at a deserted place near the National Highway at Nellikkode in Kozhikode. Police informed that the bullets also include those manufactured in UK. Police obtained evidence of firing practice from this plot. A plywood sheet pierced with bullet was found from here.

Though two bullets were missing from the case, police confirmed the use of only one bullet on the site.