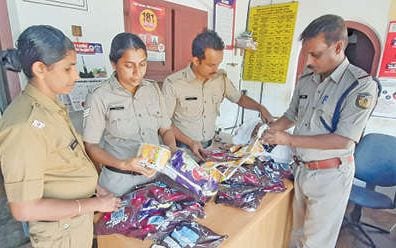 Kannur: Police have seized 1,175 packets of banned tobacco products from a house at Padikkachal here on Sunday.

According to the police, he has been involved in the pan masala trade under the garb of vegetable business at Uliyil here.

The raid at the house was conducted in the wake of intelligence inputs.

Thief barges into school in Kannur; finds nothing and cooks food before leaving

Cow dies due to rabies infection in Kannur