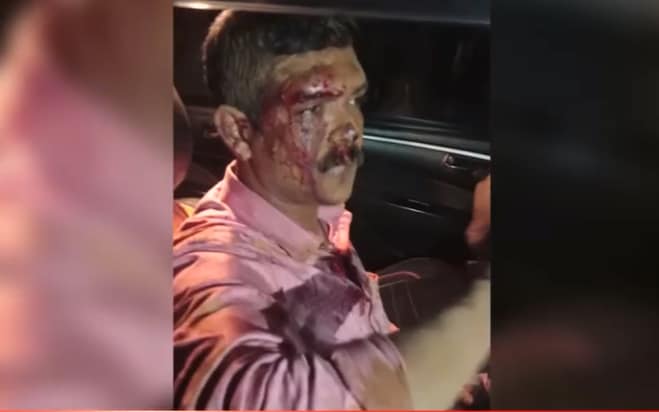 Pathanamthitta: A policeman was severely beaten for demanding to move a lorry carrying logs at Perinadu in Pathanamthitta. Police nabbed two people in connection with the incident. The officer was shifted to medical college for treatment.

The incident happened on Friday night. Senior CPO Anilkumar was attacked while returning home at Maniyar after daily duty. On the way, a JCB obstructed the road, which was loading wood into a lorry. The officer demanded that the lorry move for other vehicles to pass.

The subsequent conversations between them led to a brawl. The accused assaulted the officer and severely injured his head. Following this, the police rushed to the spot and took him to the hospital.