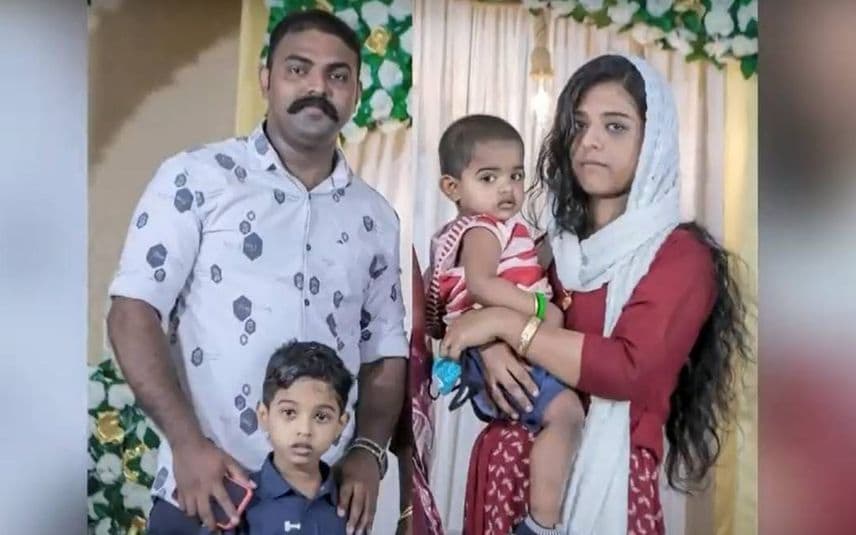 A police officer has been arrested in the death of his wife and two children in Alappuzha. The Civil Police Officer of Ambalapuzha station Reneez is booked under the Dowry Prohibition Act and incitement to suicide.

According to Najla's sister Nafla, Reneez tortured his wife after she questioned his relationship with another woman. She added that Najla had often asked her husband about the messages he receives on phone from this woman. This often led to a quarrel between the couple. Nafla also alleged that Reneez barred Najla from talking to her relatives. She alleged that Reneez was the reason for the death of her sister and kids.
Earlier, a neighbour also claimed that the couple often quarrelled over phone calls received by Reneez.

The incident came to light when Reneez returned from duty at the police aid post in Government T D Medical College, Vandanam. Najla was found hanging, while the two kids, five-year-old-son Tipu Sultan and one-and-half-year-old daughter Malala, were found lying on the floor.

The preliminary assumption is that Najala took the lives of children before hanging herself. Police revealed that the boy was killed by strangulation, while the daughter was killed by immersing her face in a bucket of water.

(Suicide is not a solution to any problem. Please seek the help of a mental health expert if you are in distress. Contact toll-free number: 1056)

Kochi: A district court in Kerala on Wednesday asked the police to place before it the case diary in connection with the FIR registered against senior ..