It was reported that a special branch officer recorded Swapna's statement after informing her what is to be said. 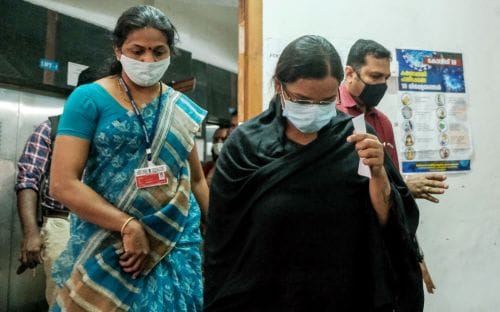 Kochi: Central agencies have alleged that Kerala Police is behind the audio clip of Swapna Suresh in which the gold smuggling case accused said that she was asked to give statements against the Chief Minister.

The central agencies revealed that Swapna Suresh has admitted to this.

Although Swapna is under the custody of central agencies, her security is arranged by Kerala Police. It is reported that a female police officer, who was in charge of security, called a special branch officer and handed over the phone to Swapna Suresh.

It is also reported that the special branch officer recorded Swapna's statement after informing her what is to be said. Swapna has not revealed the identity of this officer.

Customs and other central investigation agencies believe that there are conscious efforts to derail the investigation. They said that they will inform this to the court.

Meanwhile, the Prisons Department has filed a report stating that the audio was not recorded at Attakulangara jail.