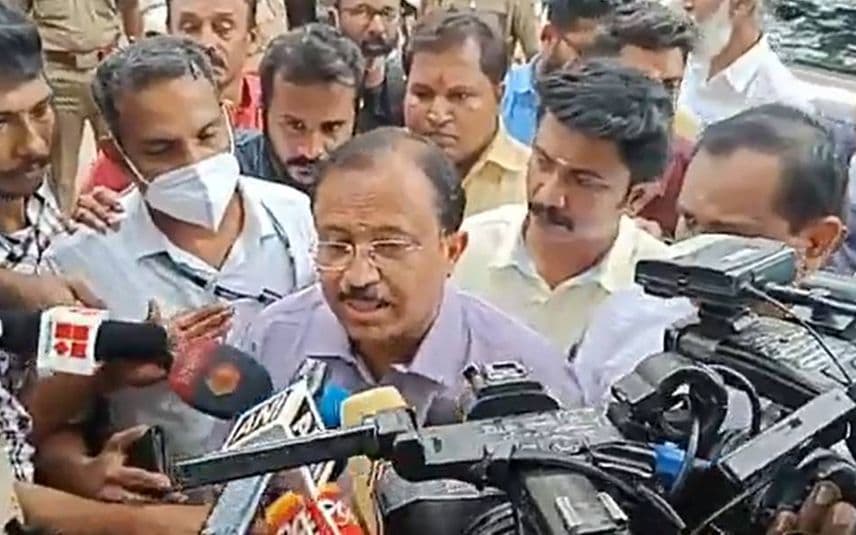 Thiruvananthapuram: Union Minister of State for External Affairs V Muraleedharan arrived at Nandavanam AR Camp to visit PC George who was booked for his controversial speech against the Muslim community. The minister was accompanied by many BJP leaders, including VV Rajesh. But, the police refrained the minister and his companions from meeting PC George.

Muraleedharan alleged that the government is displaying double standards by arresting PC George. He added that Kerala and its people will never allow such moves to happen.

Muraleedharan questioned the swiftness by the CPM-led government to arrest PC George.

The police could not arrest the Islamic terrorists who murdered RSS activist Sreenivasan in Palakkad. But why did the police hastily arrest PC George, who is a social worker and a former MLA. He is neither a terrorist- nor a murderer, added the minister.

Muraleedharan lashed out that the government is willing to arrest anyone based on the complaint of the Youth League and here, even a Union Minister is denied permission to visit PC George. ‘Is this the freedom ensured in Kerala, is this democracy?’. When questioned over the controversial speech of PC George, Muraleedharan burst out against the media in anger.