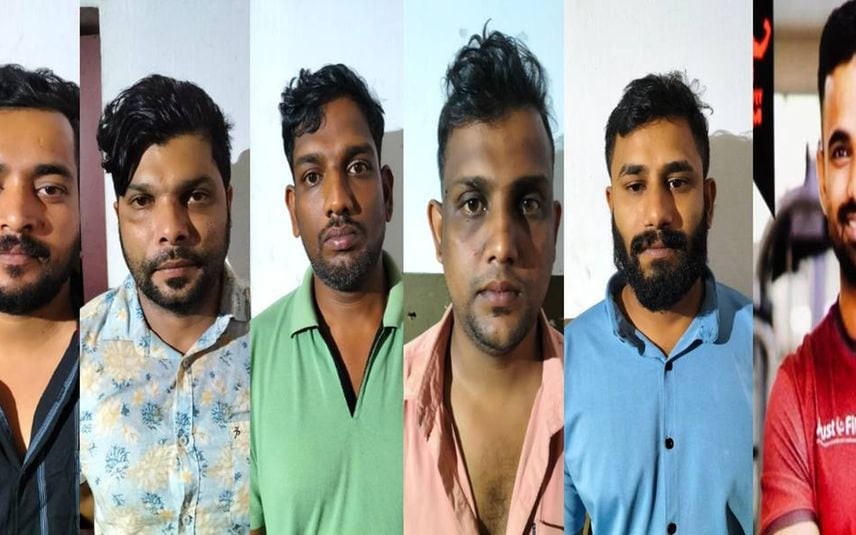 Kondotty: Seven people have been arrested recently in the case of robbing the smuggled gold. They are alleged members of a 'quotation gang' in the Nilambur area.

Shabad (40), Arif (32), Renees (32), Sunil (39), Jinson Varghese (29), Haris Babu (43) and Zakeer were arrested from their hiding places in Vazhikkadavu and Karnataka. Three luxury cars, reportedly used for the robbery, were also taken into custody. Around 1.5 kg of gold was recovered from them. The police have already arrested six others.

The operation was carried out based on information received to Malappuram district police chief Sujith Das.

The gold was smuggled through Kozhikode International Airport.

Man, who caused accident that led to death of Arjun Aayanki's friend, dies after vomiting blood