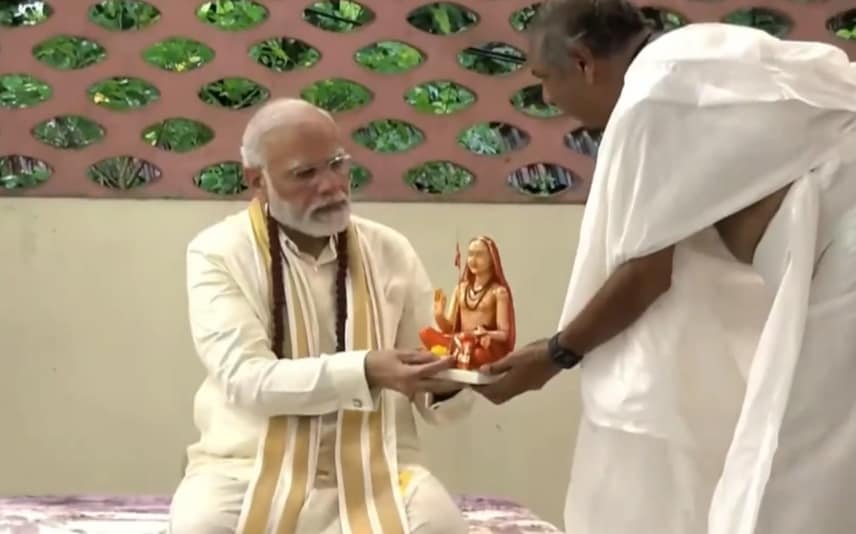 Modi, before leaving for Kalady, remembered the contributions of the saint philosopher to India and said the legacy Adi Shankara, known for the philosophy of Advaita, established was taken forward from Kerala by various spiritual leaders and social reformers like Sree Narayana Guru, Chattampi Swamikal and Ayyankali.

The BJP said the Prime Minister visited the birthplace of Adi Shankara, situated on the bank of River Periyar, to "honour the legacy" of the "great Indian saint."