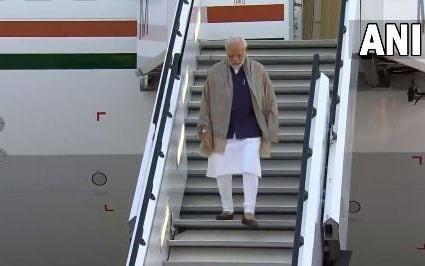 On September 1, he will commission the first indigenous aircraft carrier INS Vikrant at Cochin Shipyard Limited in Kochi, Kerala.

Later during his visit to Karnataka, the Prime Minister is scheduled to inaugurate and lay the foundation stone for projects worth around Rs 3,800 crore in Mangaluru.

In Kochi, he will commission the first indigenously designed and built aircraft carrier as INS Vikrant. Designed by Indian Navy's in-house Warship Design Bureau (WDB) and built by Cochin Shipyard Limited, Vikrant has been built with the state-of-the-art automation features and is the largest ship ever built in the maritime history of India, an official statement said.

During the event, Prime Minister Modi will also unveil the new Naval Ensign (Nishaan), doing away with the colonial past and befitting the rich Indian maritime heritage.

Later in Mangaluru, he will inaugurate and lay the foundation stone of mechanisation and industrialisation projects worth around Rs 3,800 crore.

He will inaugurate a project worth over Rs 280 crore for mechanisation of berths for handling containers and other cargo, undertaken by the New Mangalore Port Authority.

The mechanised terminal will increase efficiency and reduce turnaround time, pre-berthing delay and dwell time in the Port by around 35 per cent, thus giving a boost to the business environment.

The Prime Minister will also lay the foundation stone of five projects worth around Rs 1,000 crore, undertaken by the Port.