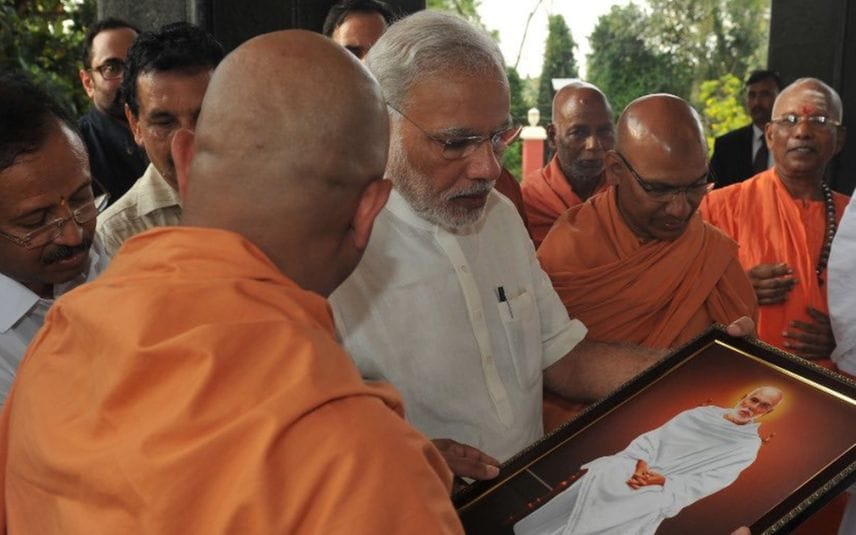 New Delhi/Thiruvananthapuram:Prime Minister Narendra Modi on Tuesday hailed the contributions of Sree Narayana Guru, a saint-cum-social reformer from Kerala, in the fight against caste discrimination which prevailed in Indian society and said he refined the religion and changed it according to the times.

If people follow Sree Narayana Guru's teachings and message of 'one caste, one religion and one God', then no force in the world would be able to divide the country, Modi observed.

The Prime Minister also pointed out that the guru's message showed the way towards an 'Atma Nirbhar Bharat'. He was speaking at a ceremony organised in Delhi by the Sree Narayana Dharma Sanghom Trust to mark the 90th anniversary of the Sivagiri pilgrimage and the Golden Jubilee of Brahma Vidyalaya.

Modi recalled that the guru campaigned against social evils and made India aware about its reality. He fought against the discrimination going on in the name of casteism, the PM said in his speech at the event.