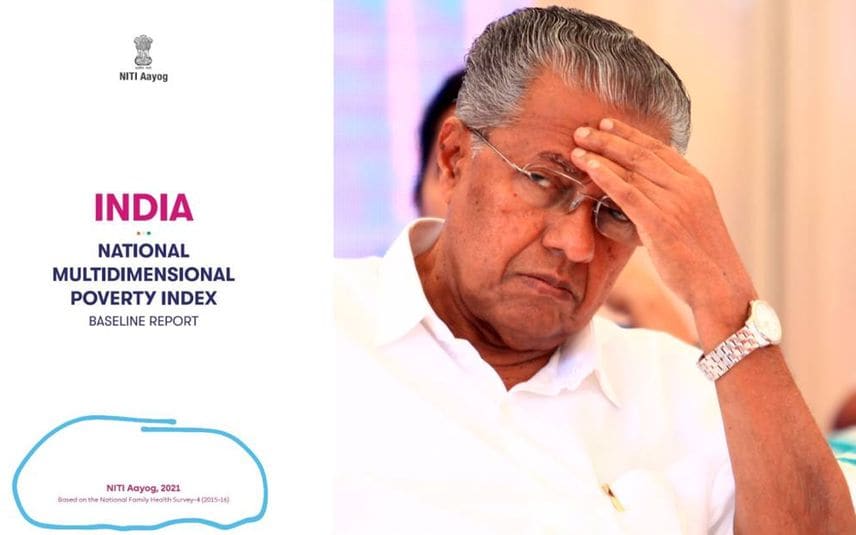 New Delhi: It has come to light that the Multidimensional Poverty Index (MPI) 2021 of Niti Aayog has been formulated based on the National Family Health Survey IV of 2015-16. The fifth edition of the survey on 2019-20 had been released recently. Hence, Niti Aayog informed that the renewed MPI report will be soon released based on the new edition.

This has proved wrong the facebook post of Chief Minister Pinarayi Vijayan claiming that the unwavering commitment for social welfare amid the calamities that hit the state was responsible for the achievement of Kerala in the index. It was in 2016 that the first Pinarayi government came to power. Therefore, the CM's statement over the state’s achievement has become baseless.