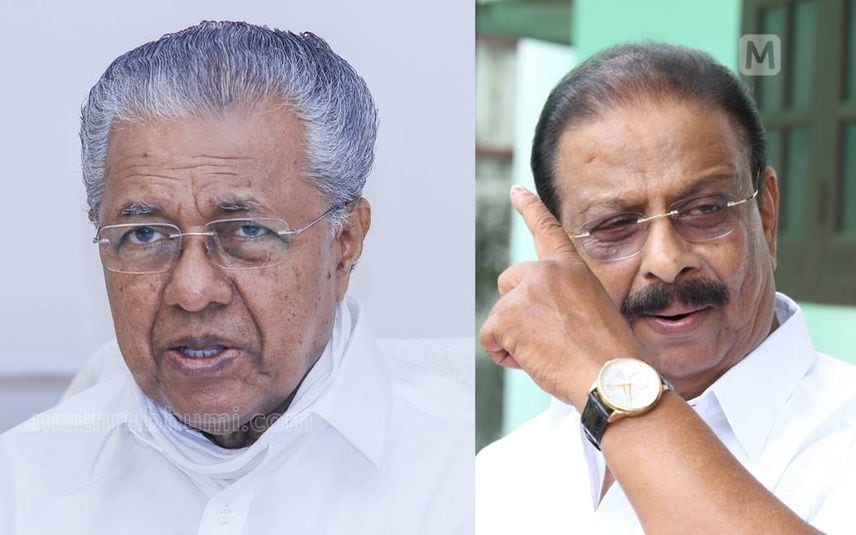 Vijayan, in the course of his daily Covid press meet, was asked to comment on Sudhakaran's claim, in an interview soon after taking over as state chief, that in his college days, he had kicked down Vijayan, who was his senior at the Government Brennen College, Thalaserry in Kannur district.

As he heard the question, Vijayan laughed, before saying: "I do not wish to revisit the olden days, but since it has been revisited, I will also respond.

"All what he (Sudhakaran) has been saying is nothing but his imagination and there's no truth in it."

Vijayan read out the statements of Sudhakaran's colleagues, like late P. Ramakrishnan, a former Congress district President of Kannur - from where both Vijayan and Sudhakaran hail, and Mambarem Divakaran, who had said Sudhakaran is someone who became a Congress man to make money and was "not a straight person".

Then, he said that he wished to share an incident which has not been disclosed before.

"Many years back, when I was at my home in Kannur, I saw a person walking into my house and he was a very close aide of Sudhakaran. Initially I was surprised, as to why should he come to my house. When he came close to me, he asked me if I was surprised to see him here. I said 'yes'. He said he has to tell me a secret and wanted to say it in private. I said there is none and hence he can say what he wants. He told me Sudhakaran has devised a plan to kidnap my two young children, and hence I have to be very careful.

"When I heard this, I laughed, but I decided I will not tell my wife, because she, a schoolteacher, would be scared as everyday it was she who used to take our children to the school," Vijayan claimed.

Asked to respond on Vijayan's claim, Sudhakaran said that he is least worried at what has been said and he will give his reply on Saturday.

Divakaran, asked about the comment cited by Vijayan, said he is a disciplined Congress worker and will not say anything in public.
IANS