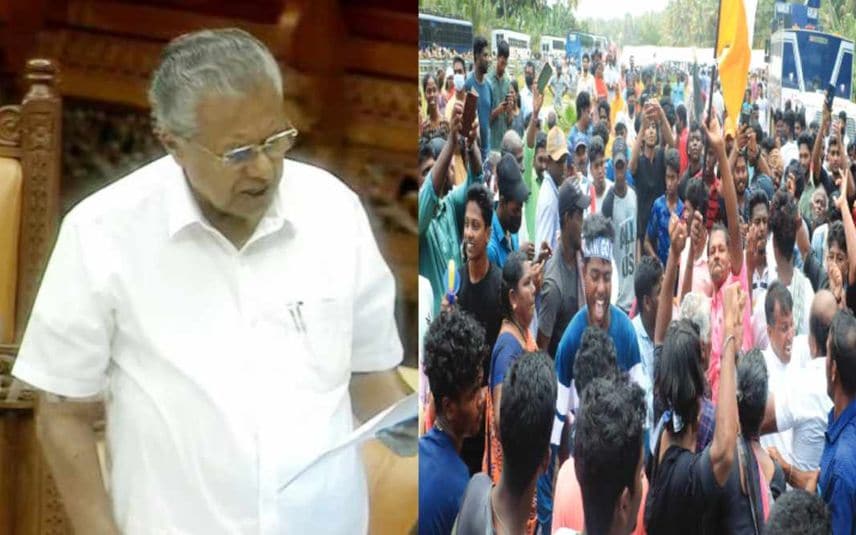 Thiruvananthapuram: It looks like an orchestrated protest in some regions, said Kerala CM Pinarayi Vijayan here on Tuesday, at a time when protests are mounting against Adani Group's Vizhinjam port.

“The protest that is happening now cannot be seen as a protest by local fisherfolk. The protest in some regions looks like it is orchestrated,” the CM said.

The CM was responding to developments during the Assembly Session.

He also extended his assurance to the fisherfolk. “The state government views the issues faced by the fishers as a matter of concern. There is no neglect. At all junctures, the interventions have been proactive. The government is with the fisherfolk,” he added.

Meanwhile, CM justified the development of Vizhinjam port and referred it as one of the biggest projects in the state.

“When projects roll out there will be natural concerns. But there should not be an attempt to balloon such concerns and create an atmosphere of fear…The government is interested in resolving the issues faced by the locals. The move to derail such attempts will be injustice to the future generation,” the CM pointed out.

Man hurls dog into well after it bit him; rescuer also attacked