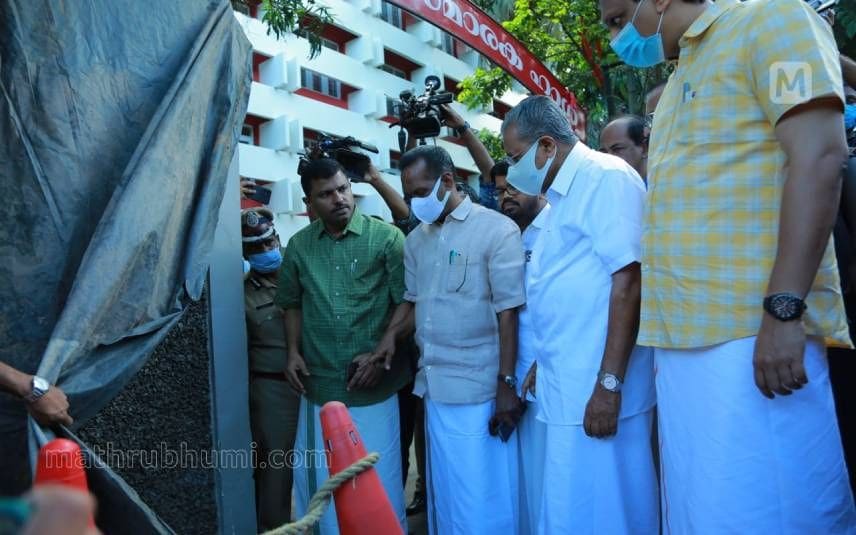 Thiruvananthapuram: Chief Minister Pinarayi Vijayan condemned the attack on AKG Centre in Thiruvananthapuram here on Friday. He said that police are instructed to look into the matter and bring those responsible before justice.

"A major office of Kerala's largest political party was attacked. The attackers aim is to disrupt peace and create unrest in the state. However, those responsible for the attack and colluded with them will be brought to light," he said.

"The party headquarters named after AK Gopalan and his progressive movements, has an everlasting presence on the people's heart. The attack aims to hurt these sentiments of people," he said. He asked people to realise the conspiracy behind the attack," added CM.