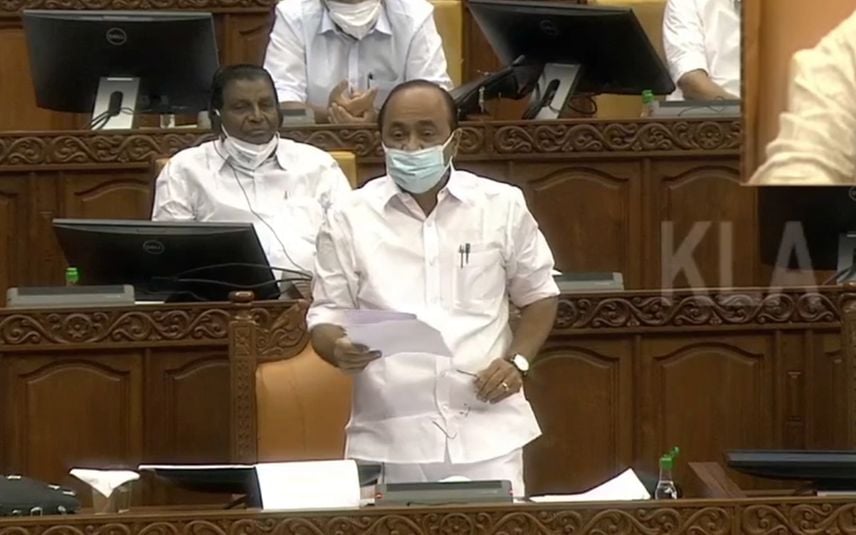 Thiruvananthapuram: Kerala Legislative Assembly on Wednesday witnessed a heated political debate between Chief Minister Pinarayi Vijayan and Leader of Opposition VD Satheesan over a clash between students at a government law college, following which the opposition Congress-led UDF staged a walkout.

In the Assembly today, Vijayan said, "On Tuesday, the college function was held from 4.30 to 7.30 pm. There was clash at around 8.30 pm between those students who stood there without going back even after the programmes were over. It is true that clash happened between KSU and SFI."

"The students who got injured were treated at medical college. A case was registered at the police station today early morning. The police report is that students from both KSU and SFI were injured. Police will enquire and take action," he said.

He also claimed that the Congress-UDF was upset over the SFI's growth on campuses, which forced them to come up with charges against the outfit.

On Tuesday night, a clash occurred wherein a woman leader of Congress' students wing, Kerala Students Union (KSU) was seen brutally beaten up and dragged on the road allegedly by the activists of ruling CPI(M)'s Students' Federation of India (SFI).

The arguments between the rival groups, in connection with the inauguration of the college union held on Tuesday turned into a clash.

While raising the issue in the House today, Satheesan slammed Vijayan and alleged it was tough to differentiate between SFI workers and goondas nowadays in the state. He alleged that the 20-year-old leader was brutally beaten up by the SFI activists despite knowing that she is a woman. (ANI)