The assurance of immediate approval for the second phase of Kochi Metro project and Thiruvananthapuram Light Metro project is promising for the developmental dreams of the state. 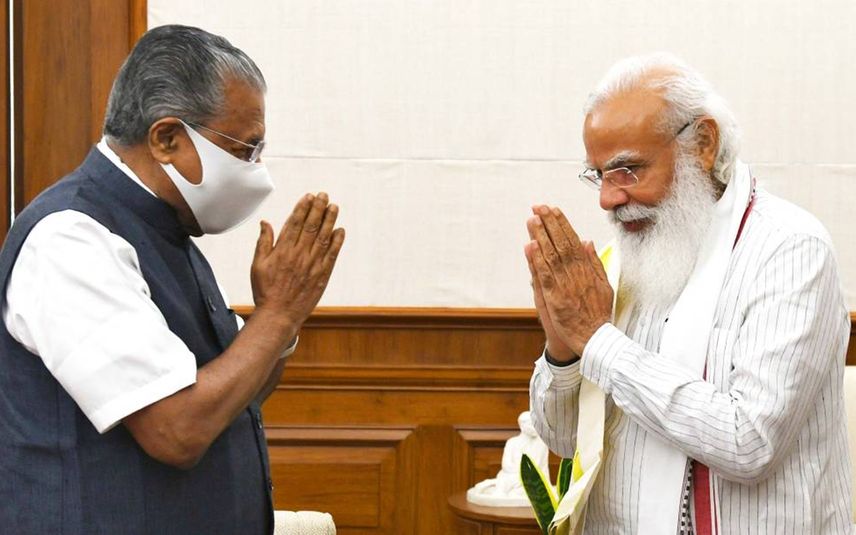 Kozhikode: The meeting of the Kerala Chief Minister, Pinarayi Vijayan, with the Prime Minister Narendra Modi, in New Delhi on Tuesday seems fruitful with the discussions stayed away from politics and focused just on developmental projects and other social issues.

The Kozhikode Light Metro project was discussed and also reached a consensus of further study before giving final consent to the project.

The Chief Minister demanded the PM an emergency fund of Rs 4524 cr as GST compensation for the year 2020-21 to overcome the financial crisis caused by the ongoing Covid-19 pandemic. A total of 60 lakhs vaccines were also requested in July to speed up the vaccination drive in Kerala. The prime minister responded positively to demands, said Pinarayi Vijayan during a press conference after the meeting.

Being a state having very long coastal zone, the PM urged the CM to take measures to promote the coastal shipping and also underlined the need for centre-state cooperation in making developmental projects a reality. The prime minister also appreciated the left government for election victory and also for completing GAIL project on time. He praised the mettle of the health sector in Kerala in curbing various pandemics in the past.

CM’s request for measures to complete the procedures for permitting the landing of large aircraft at Kannur and Kozhikode airports was given much attention by the PM.