As per the Election Commission figures, the LDF is ahead in 99 seats, while the opposition Congress-headed UDF is leading in 41 segments. 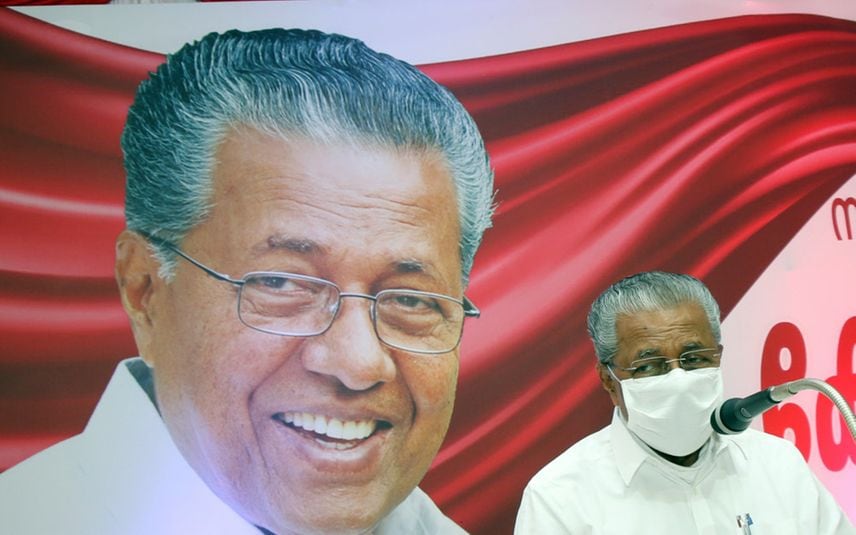 Thiruvananthapuram: The ruling CPI(M)-led Left Democratic Front in Kerala is all set to retain power as it is leading at least in 99 of the 140 assembly seats as counting is still in progress. If they win, they will buck the over four-decade-old trend of swinging between the Communists and the Congress- headed UDF in the southern state.

The LDF is ahead in 99 seats, while the opposition Congress-headed UDF is leading in 41 segments.

The Left front is far ahead of its rivals in 11 of the 14 districts as per the latest figures. Chief Minister Pinarayi Vijayan is ahead over his nearest rival by over 50,000 votes in Dharmadam constituency in Kannur.

At least four of his cabinet colleagues including T P Ramakrishnan (Perambra), M M Mani (Udumbanchola), K Krishnankutty (Chittur) and Kadannappally Ramachandran (Kannur) have already ensured their victory, but the EC is yet to announce it officially.

Ministers, K K Shailaja, A C Moideen and Kadakampally Surendran were leading, while their cabinet colleague J Mercykutty Amma was trailing right from the beginning.

The drastic fall in the lead of Chandy in his home turf Puthuppally, which he has been representing for the last 50 years, has shocked the Congress camp.

According to EC figures, Chandy could manage only a margin of over 8,000 votes against his nearest rival and student leader Jaick C Thomas.

The BJP lost its lead in Palakkad, where it has fielded 'Metroman' E Sreedharan. The 88-year-old technocrat lost his lead against his nearest rival and two-time sitting MLA, Shafi Parambil.

BJP state chief K Surendran, who contested in Manjeswaram and Konni, continued to trail in both segments right from the beginning. Other saffron party leaders, Sobha Surendran, M T Ramesh and P K Krishnadas are far behind their nearest rivals in their respective constituencies.

Even while in the jubilant mood, the trailing of Kerala Congress(M) chief Jose K Mani in Pala was a setback to the Left front. Sitting MLA Mani C Kappan was leading in Pala by over 11,000 votes against Mani.

The KC(M), which has deep roots in Christian dominated central Kerala, had recently snapped its decades-long ties with the opposition UDF and joined the LDF.

Milk to be served in anganwadis from today, eggs tomorrow