The airport authorities also had stated that if fire broke out after the crash, it could have led to an even more terrible disaster. 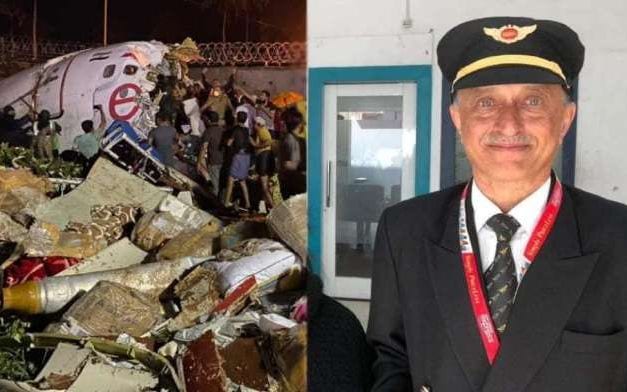 After the tragic flight crash in Karipur in which pilot Dipak Sathe also lost his life, a tearful note penned by his relative on Facebook is widely being shared. It is mentioned in the post that the pilot managed to avoid a worse disaster and saved the life of many passengers.

Nilesh Sathe, cousin of Dipak Sathe and a financial advisor at the National Highways Authority of India (NHAI), wrote that his cousin saved many lives by avoiding a fire in the aircraft. The airport authorities also had stated that if fire broke out after the crash, it could have led to a terrible disaster.

There were unconfirmed reports of the pilot's efforts to empty the fuel from the aircraft before landing in order to avoid fire. As the flight skidded off the runway and split into two in the crash, it was more likely to catch fire. However, no such adversities occurred.

"Landing gears didn't work. Ex IAF pilot made three rounds of airport to empty the fuel which saved plane from catching fire. That’s why there was no smoke seen coming from the crashed aircraft. He turned off the engine right before the crash. He belly landed after the 3rd attempt. The right wing was ruptured. The Pilot martyred but saved life of 180 co-passengers," Nilesh wrote on Facebook.