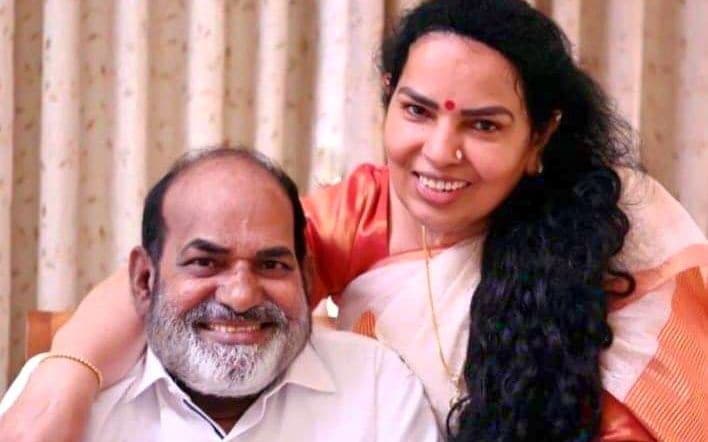 Thiruvananthapuram: A picture of ailing former Kerala CPM secretary Kodiyeri Balakrishnan has gone viral which shows the veteran Communist in a beard with his wife Vinodhini.

Shared by CPM legislator V.K.Prasanth, many mistook it to be the latest click, while it turned out to be an old one.

Incidentally, Kodiyeri, who stepped down as state secretary on August 29 began his treatment for cancer at a leading hospital in Chennai.

He was then seen off by Chief Minister Pinarayi Vijayan and the only visuals were of the ambulance that took Balakrishnan and his immediate family members to the airport here.

In between, Vijayan and his wife called on Balakrishnan at the Chennai hospital which was followed by the new state secretary M.V.Govindan who reached the hospital to see him was disallowed, as the doctors treating him have asked that no visitors are allowed to visit him.

And it was then that the picture of the veteran with a fully grown beard and smiling along with his wife was taken and shared recently.

Balakrishnan has always been a tall leader in the CPM but shot into prominence in 2015 after taking over as the state party secretary.

Hailing from Kannur, Balakrishnan popularly known as Kodiyeri, had an affable disposition which won him many friends, even from the opposition parties.

The news about Kodiyeri's battle with cancer surfaced in 2020 and by now has been to the US twice for treatment.

In 2021, he was given a leave for treatment and in the state party conference held early this year, he was given a third term, but his health condition deteriorated forcing him to step down.