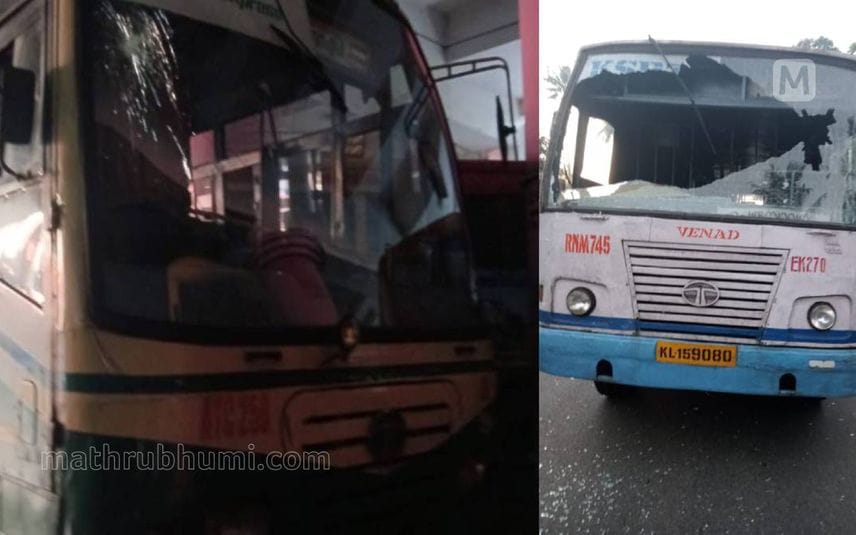 Thiruvananthapuram: The dawn-to-dusk hartal called by the Popular Front of India commenced in Kerala on Friday. As per the preliminary reports, several vehicles including KSRTC buses were attacked by the protesters in various places.

Kerala police have beefed up security in the state and issued directions to the district police chiefs to ensure law and order after the Popular Front of India (PFI) called for a state-wide hartal on Friday. Police have sent notices to PFI leaders and issued a statement that stern action will be taken against those who violate the law.

Meanwhile, the protesters stopped buses at Kattakada in Thiruvananthapuram. Attempts were made to stop vehicles at Ayathil in Kollam and Karunagapally during the initial hour of the hartal.

Supporters of hartal hurled stones at vehicles in Alappuzha. The glasses of KSRTC buses and lorries were broken in the attack. After the charge, the assaulters escaped on a bike.

KSRTC had informed that it would continue to conduct services as usual. The transport corporation said special services to hospitals, airports and railway stations will be arranged and police protection will be sought if needed.

Though Kerala, Mahatma Gandhi and Kannur universities postponed the examinations scheduled on Friday, the Public Service Commission examination will be carried out on hartal day.

The traders’ organisation of Kerala declared that the shops in the state will remain open on Friday.

On Thursday, PFI workers had taken out marches to the places where raids were carried out and raised slogans against the Centre and its investigating agencies.

However, central forces were already deployed in all such places as part of strengthening security.
Multi-agency teams spearheaded by the NIA had arrested 106 functionaries of the PFI on Thursday in near simultaneous raids at 93 locations in 15 states for allegedly supporting terror activities in the country.

Kerala, where PFI has some strong pockets accounted for the maximum number of 22 arrests, officials said.