Over 100 people taken into preventive detention 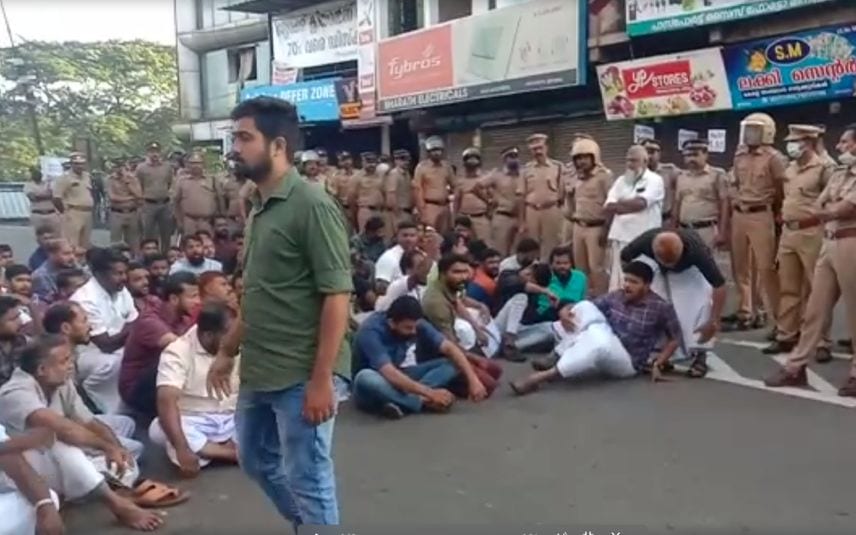 A demonstration held in Erattupetta under PFI

Kottayam: A brawl broke out between police and PFI activists at Erattupetta here amid the ongoing hartal in the state. Police dispersed the protesters and took five into custody. Hundreds of protesters have been placed under preventive detention here.

A huge police force led by Pala DySP Gireesh P Sarathi has been deployed in Kottayam. District police chief K Karthik informed that a case has been registered against the PFI workers, who triggered conflicts at Erattupetta.

Protesters pelted stones at a lorry on Puthuponnani- Chavakkad National Highway. The front glass of the lorry was destroyed in the attack. The assaulters fled before police reached the spot. As many as 12 persons in Perumpadappu police station limit have been taken into preventive detention.

The hartal supporters threw stones at a heavy load truck in Thamarassery and a lorry in Kannur. In another incident, traffic congestion was experienced in the district when the protesters stopped two lorries on the way and seized its keys. Though KSRTC had declared that the services would be conducted, as usual, many services have been stalled citing the increasing reports of violence.