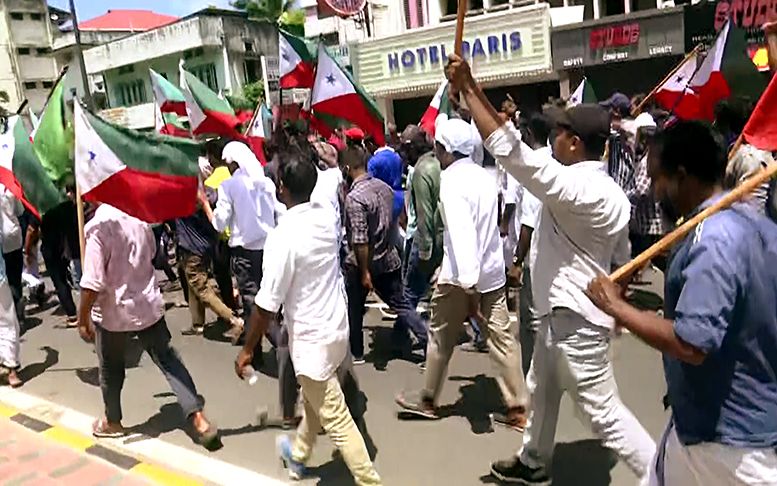 New Delhi: Certain PFI members based abroad have been found to be sending funds to their NRI accounts in India and subsequently transferring them to the leaders of the radical Islamic organisation so as to evade the foreign funding regulation law, the ED said Friday, a day after countrywide raids against the outfit.

The federal agency on Thursday arrested four members of the Popular Front of India (PFI) during the raids, led by the National Investigation Agency (NIA).

The persons nabbed have been identified as Perwez Ahmed, Mohd Ilias and Abdul Muqeet (arrested from Delhi) and Shafeeque Payeth who was taken into custody by the ED from Kerala.

More than 100 PFI members were arrested during the multi-agency operation that also involved various state police forces and their anti-terrorist units.

The ED, which is probing PFI, its office-bearers and members since 2018, has also filed a fresh complaint taking cognisance of a National Investigation Agency (NIA) FIR filed in April against the PFI for allegedly committing terrorist acts in various parts of the country, promoting enmity among different groups and radicalising Muslim youths to join banned terrorist organisations like the ISIS.

The ED alleged funds collected by the PFI abroad "are remitted to India through hawala/underground channels and through remittances sent to the accounts of members/activists/office bearers of PFI/CFI and other related organisations."

The agency said the funds received from abroad are "concealed" from government agencies and compliance for collection of such funds and donations was not done by PFI as they are not a registered entity under the Foreign Contribution Regulation Act (FCRA).

It alleged Payeth, who was earlier based in Qatar, allegedly undertook the same modus operandi and transferred funds from abroad to his NRI account in India and later made funds transfer to PFI member Rauf Sherif (Rs 21 lakh) and Rs 16 lakh to a linked organisation called the Rehab India Foundation (RIF).

Payeth's premises in Kerala's Kannur district were raided by the ED in December last year and he was also questioned by the agency as part of summons issued to him earlier.

While PFI treasurer P Koya told the agency earlier that they have never received foreign funds and the organisation has no policy to get donations from abroad, the ED seized documents in 2020 that showed that the PFI has been "raising and collecting substantial funds from abroad in a well organised and structured manner."

The PFI, after Thursday's swoop of the agencies, had said the claims of the probe agencies against it were "baseless and sensationalist and were solely aimed at creating an atmosphere of terror."

The ED has been investigating the PFI's alleged "financial links" on charges of fuelling the anti-Citizenship (Amendment) Act protests, the Delhi riots of February, 2020, and the "conspiracy" in the alleged gangrape and death of a Dalit woman in Uttar Pradesh's Hathras and a few other instances.

It said the PFI and its related entities got more than Rs 120 crore funds, largely in cash, over the years.

The organisation was formed in 2006 in Kerala and is headquartered in Delhi. The ED has filed two chargesheets against PFI and its office bearers before a special PMLA court in Lucknow.

In February last year, the ED has filed its first chargesheet against the PFI and its student wing Campus Front of India (CFI) on money laundering charges claiming its members wanted to "incite communal riots and spread terror" in the aftermath of the alleged Hathras gang rape case of 2020.