Three women and a man have been rescued from the debris. They have been admitted to the Kannan Devan Hospital in Munnar. 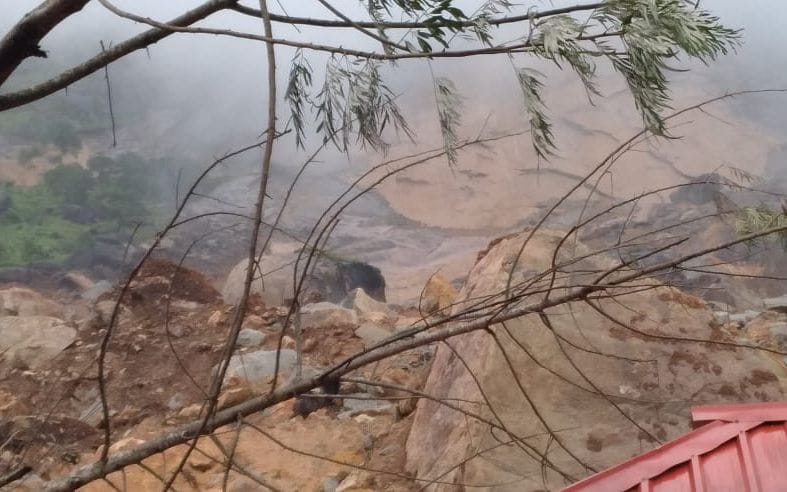 Munnar: Eight bodies have been recovered from the landslide spot at Pettimudi in Rajamala, here in Idukki district on Thursday. National Disaster Response Force (NDRF) officials informed that around 85 people are missing.

Three women and a man have been rescued from the debris. They were identified as Palanaiyamma (50), Seethalakshmi (33), Saraswathy (50) and Deepan (25). They have been admitted to the Kannan Devan Hospital here.

Sources said that around 85 people were residing in shelters set up for labourers working in plantations in the area. Landslides occurred in Rajamala around 2 am on Friday. However, the accident at Pettimudi came to light only around 6 am.

Most of the inhabitants were natives of Tamil Nadu. No information has been received from the area as there is no electricity. The district Collector informed that rescue workers will reach the spot immediately. Hospitals in the neighboring areas have been instructed to be cautious.

The magnitude of the disaster is not yet clear although it has been confirmed that a landslide has occurred in the area. Neither the police nor the revenue department officers were able to reach the spot as Periyavaram bridge was destroyed during the floods.

The new bridge has not been completed. The area became completely isolated when the temporary bridge was destroyed in the heavy rains the previous night.

This area where the landslide occurred is 30 kms away from Munnar. Road facilities to this reserve area are limited. Development activities cannot go beyond a certain point as the area is part of Eravikulam National Park. Labourers were allowed to reside here only because of the presence of plantations.