Are you Sreejesh?, Get free fuel from this petrol pump in TVM 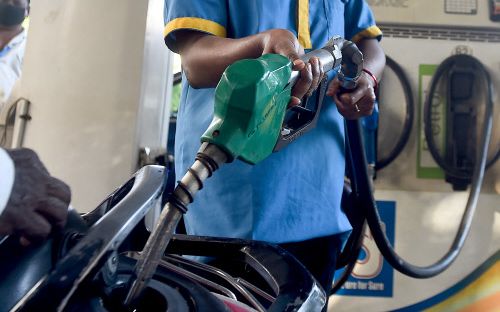 Thiruvananthapuram: What is in a name, one may ask. Plenty if the name happened to be 'Sreejesh'!

Indian Men's Hockey team goalkeeper P.R Sreejesh’s crucial role in the historic medal-winning performance at the Tokyo Olympics is getting appreciation and acknowledgement all over the country. And now in Sreejesh's home state one big fan of his has come with a novelty.

As a tribute to his stellar performance, T Suresh Kumar, an auto-fuel pump owner in Kerala’s capital , Thiruvananthapuram, decided to give free petrol or diesel worth Rs 100 to persons who go by the name Sreejesh! Any and every 'Sreejesh' visiting Hare Krishna auto-fuel pump at Kanjirampara are in for this surprise offer until August 31. What is more they can avail of this offer once a week.

According to the pump owner Suresh, this was the best way he thought of paying tribute to a gallant performer like P.R Sreejesh who played a pivotal role in India getting a historic bronze medal after a 41-year gap. Many had already benefited from the offer, he said.