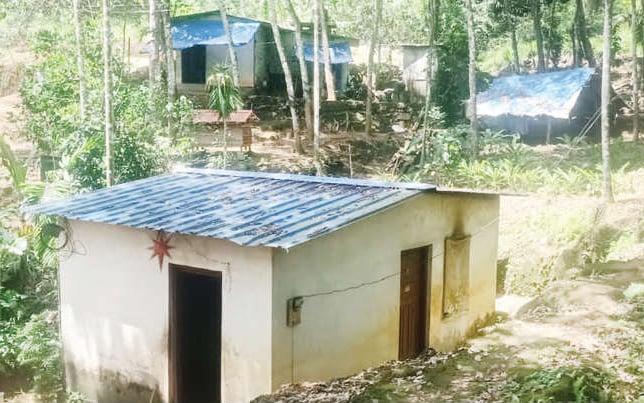 Kalanjoor: Around 35 families of Iruttuthara, a tribal colony bordering the Pathanamthitta-Kollam districts, knows well enough how bureaucratic red tape could ruin their lives. Unable to receive government benefits or avail bank loans, the villagers struggle to live amidst the wilderness that borders their lands.

The families in this settlement are eligible to vote in Pathanamthitta, but their land taxes are collected by Pathanapuram village in Kollam district. However, the settlements are located in Kalanjoor Panchayat, and the ration cards are issued under the Pathanamthitta district.

Often officials from Pathanapuram, Piravanthoor panchayats in Kollam, and Kalanjoor Panchayat in Pathanamthitta district visit the settlement to issue house numbers. On one occasion, the officials of two panchayats clashed with each other over the same.

Due to this ambiguity, the people here are denied government benefits and aid. The banks also deny them loans due to errors in government documents. The locals asked the government officials and elected representatives to view them as people and resolve the issue.