People blamed me saying I sold my husband for money, recalls Sujatha, wife of organ donor 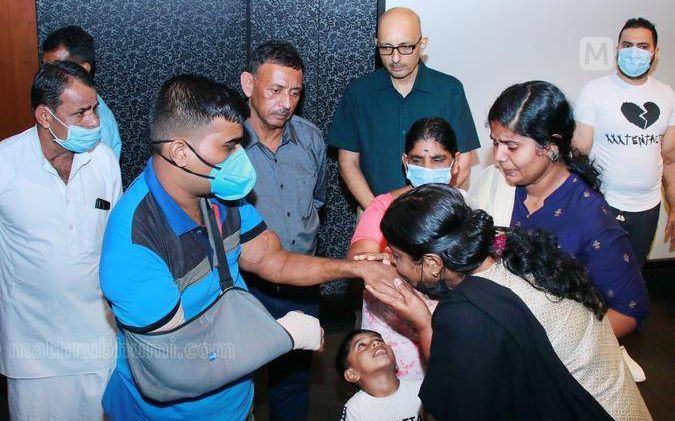 Kochi: Sujatha could not hold back her tears as she kissed and caressed her deceased husband Vinod’s arm. Amaresh, a 25-year-old man from Bengaluru, got a new life through Vinod’s arm following a complicated surgery that was performed at Amrita Hospital in Kochi by the medical team headed by Dr Subramania Iyer of Plastic and Reconstructive Surgery department.

Kollam native Vinod met with a bike accident and was declared brain dead on January 4, 2022. Sujatha says that she consented to her husband’s organ donation when the doctor asked her about it. She says that she has been subjected to many insensitive comments from friends and family for agreeing to it. They blamed her ‘for selling her husband for money’.

Amaresh was working as a Junior Powerman in Karnataka when he was electrocuted in September 2017. He suffered serious injuries to both arms and was rushed to a nearby hospital. However, both his arms had to be removed. He registered on Kerala Network for Organ Sharing (KNOS) in September 2018 and was waiting for a donor all these years. As fate would have it, he finally found his donor, Vinod.

Ambili was involved in a road accident and was undergoing treatment when she was declared brain dead. Yusif lost his arms following an electrocution accident and was waiting for a donor. He had registered with KNOS in July 2021.

The team headed by Dr Subramania Iyer conducted the first arm transplant surgery in India in January 2015 on a 30-year-old man named Manu. So far, 11 such surgeries have been performed in Amrita Hospital.