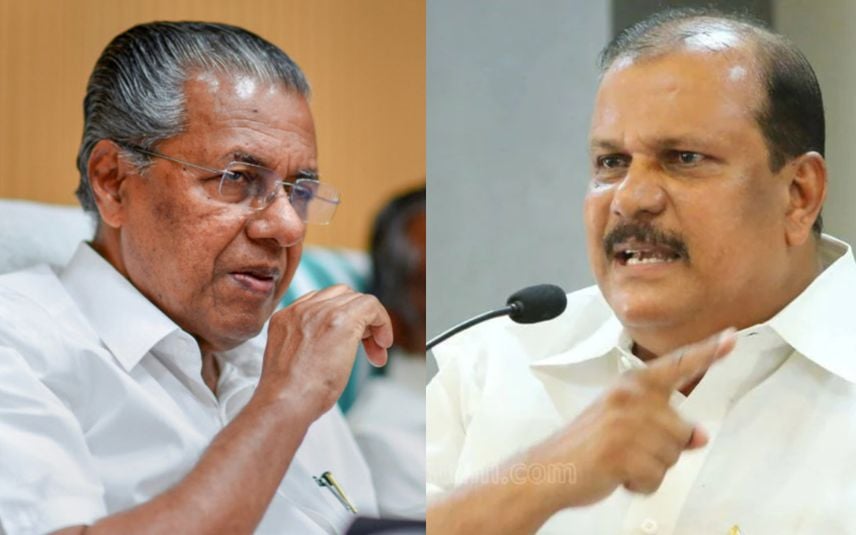 Thiruvananthapuram: Former MLA PC George raised severe allegations against Chief Minister Pinarayi Vijayan and his daughter Veena Vijayan. He alleged that the CM has been controlled by the real estate kingpin Farris Aboobacker. PC George added that he was arrested in a fake case to block him from revealing the unholy nexus between CM and Farris. Addressing the media, PC George read out his statement following his release after obtaining bail in a sexual assault case.

PC George claimed that Farris Aboobacker was holding the reins of all political moves and investments of CM Pinarayi Vijayan from 2012. If it was based in Chennai till 2016, the dealings have extended to the US later. Hence, an investigation has to be initiated over CM's trips to the US, he said.

He also demanded that the central investigation agencies should initiate a probe on CM’s daughter Veena and her company ‘Exalogic Solutions’. ‘Veena had joined in an ordinary post at ‘Oracle’. However, she became the chief executive of Ravi Pillai Group in 2012. She was appointed as the CEO of the company ‘Architect’. Later she established Exalogic in 2014,’ said PC George. He alleged that all the illicit financial transactions between Farris and CM might have been done through this company.

PC George said that the government has resorted to trade data after collecting the details of 44 lakh unemployed youth. He urged the Centre to probe whether these data are safe.

Commenting on the the sexual assault case, PC George revealed that he has given a statement about the woman who is an accused in the solar case before the CBI. She lodged a fake complaint against me to take revenge over this incident, he added.