PC George released from Poojappura jail; ‘reply to Pinarayi will be given at Thrikkakara’ 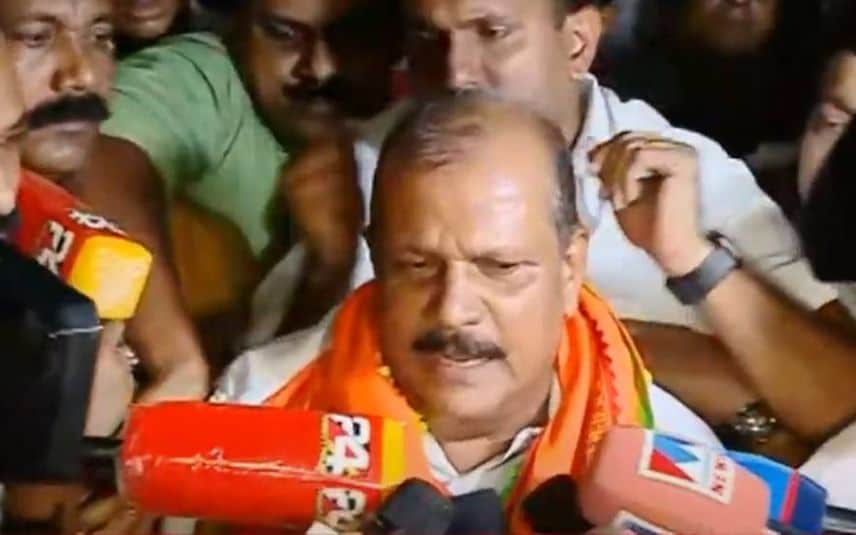 Senior politician P C George, who was on Friday released from jail after the Kerala High Court granted him bail in two hate speech cases, said his arrest was part of a game plan of state Chief Minister Pinarayi Vijayan.

George, who was welcomed by BJP workers in front of the Poojapura Central Jail, said he will sincerely work for the BJP in the upcoming Thrikkakara bypoll.

Meanwhile, four media persons were assaulted allegedly by the BJP workers who gathered there to welcome and greet George.

BJP district leaders, who were in front of the jail, said they failed to notice the assault on media persons.

Speaking to the media, George said, "My arrest was part of a game plan of Pinarayi Vijayan. He made some statements against me at Thrikkakara. In two days, I will give a reply to him at Thrikkakara itself. Let the law take its course. I will abide by the law and order in the state. I will sincerely work for BJP in the upcoming Thrikkakara bypoll."

The High Court on Friday granted bail to the senior politician, who was arrested in two hate speech cases registered against him in Thiruvananthapuram and Ernakulam, respectively.

A Magisterial court had on Wednesday cancelled the bail granted to George after the police alleged that the veteran politician, released on bail earlier on May 1 after being arrested for making a hate speech against Muslims in the state on April 29, violated the bail conditions.

On May 1, police had registered a case against George under Indian Penal Code Sections 153A (promoting enmity between different groups on grounds of religion) and 295A (deliberate and malicious acts, intended to outrage religious feelings of any class by insulting its religion or religious beliefs) at Fort Police station for allegedly making a communal speech against Muslims while addressing 'Ananthapuri Hindu Maha Sammelanam' on April 29.

Even though he was arrested on May 1, George was granted bail on the same day.

The 70-year-old former MLA had sparked a controversy by asking non-Muslims in Kerala to avoid eating at restaurants run by the community.

Subsequently, on May 10, another case was registered against him at Palarivattom police station in Ernakulam district on charges of hate speech related to another event here.

P C George to be summoned again for questioning