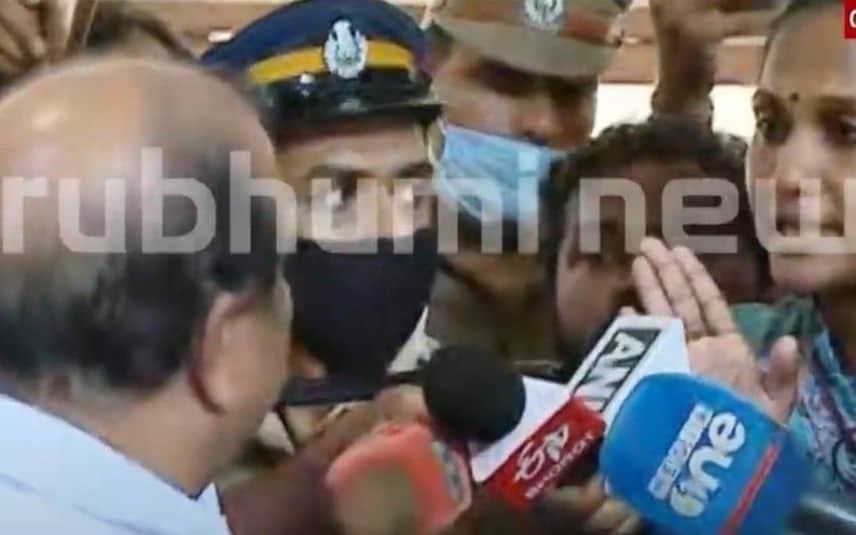 Thiruvananthapuram: Kerala Janapaksham (Secular) leader PC George triggered another controversy by insulting a woman journalist who questioned the former MLA's decision to reveal the name of the woman who filed a sexual assault complaint against him.

His remark came while meeting the media at Thycaud guest house. Sheeja, a journalist for Kairali TV, was taken aback when PC George told her that 'he would say her name instead of the complainant.

Soon, journalists protested against the remark made by PC George. Those accompanying George also tried to threaten Sheeja.

KUWJ State President MV Vineetha told mathrubhumi.com that it was reprehensible behaviour on the part of PC George. As part of the job, the journalist pointed out George's mistake and questioned him. But it was not right to react against it by insulting the journalist personally, she added.