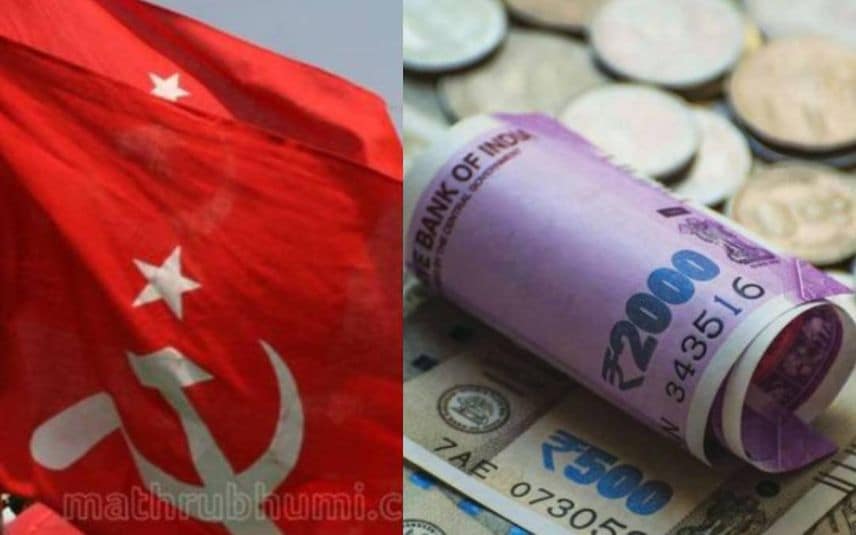 Kannur: The report of the district committee, which was appointed to look into misappropriation of funds collected for construction of party office in Payyannur, reveals major discrepancies in accounting and auditing of the money. It was alleged that funds collected for helping the family of slain party worker Dhanraj was embezzled. There were also allegations of misappropriation of funds collected for the election campaign. The report states that no discrepancies were found in the way martyr’s fund and election fund were handled. However, anomalies were found in the receipts used for the collection of election funds.

CPM Payyanur area committee has been facing severe backlash from inside the party after reports concerning misappropriation of funds, fake cash receipts and embezzlement of money from the martyr’s fund came to light. Following this, the district committee was entrusted to look into the matter. It was also found that fake receipt books were printed for fundraising during party elections.

The remaining funds after covering the expenses of housing and helping family members were transferred permanently to the account of two leaders. It is alleged that a large portion of the interest from this deposit was transferred to the personal account of one of the two leaders. At the same time, the Dhanaraj’s liability of about Rs 14 lakh was not cleared. It was alleged that this was not paid off and a large portion of this amount was utilised for other reasons.

Hospitals and clinics must display fee ...