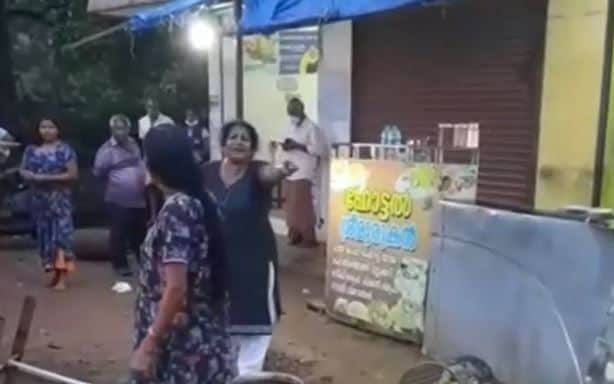 The roadside eatery that was attacked / Photo: Screen grab from Mathrubhumi News

Pathanamthitta: A couple who runs a thattukada (roadside eatery) named Sri Murukan at Mannamkara near Thiruvalla here accused the CPI workers in the region of vandalizing their eatery.

The eatery was attacked on May 20 evening. According to the couple named Murukan and Usha, the CPI men took revenge for not giving money during their fund collection.

The couple said that the party demanded Rs 500, six months before as a part of their collection, which they turned down. Following this, the workers destroyed their eatery, they alleged.

The couple pointed out that CPI branch secretary Kunjumon led the ruckus. Reportedly, Kunjumon made the couple withdraw their police complaint after promising an amicable settlement.

However, Kunjumon gave another version. He told that the party never demanded any amount six months before and only requested them to provide whatever that is possible.

“She gave us Rs 250 and we gave her a receipt. After that, she raged and we also reacted,” he said.

“She even poured boiling oil into my hands. If the branch secretary is attacked the members will react, right?” he justified the act.