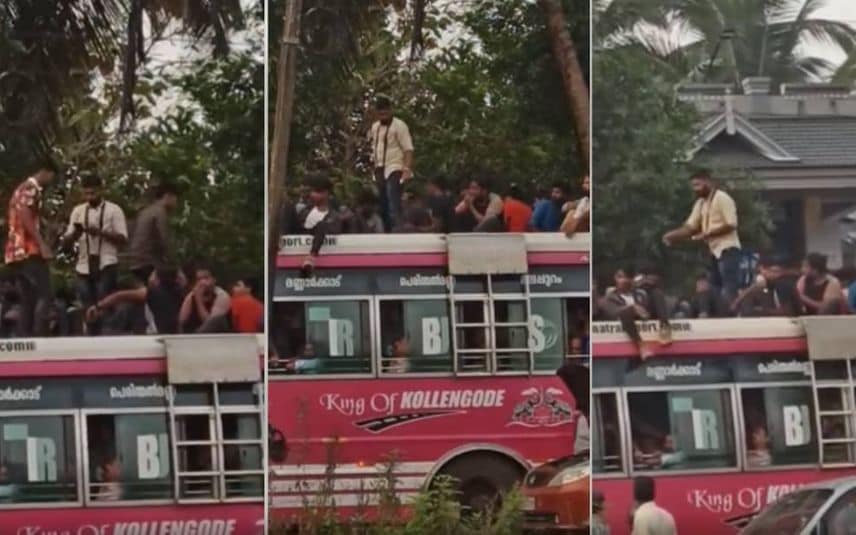 Palakkad: Licences of four bus employees were suspended for allowing passengers to travel sitting on roof top of bus during Nenmara Vallangi Vela. MVD suspended licences of the drivers and conductors in SRT and Kings of Kollamkode buses for permitting the passengers to sit on the roof top while returning after seeing the fireworks at Nenmara Vallangi Vela. The video of the conductor giving tickets to passengers by climbing on the top of the bus had gone viral on social media.

The RTO has decided to send notices to the bus owners of two buses. RTO has received the visuals of similar incidents from the region and action will be taken to examine it too.

Nenmara Vela witnessed a huge throng of people this year. Though people used to travel like this in the past years also, the videos uploaded on social media had urged the officials to take action this time.

No more warnings for speeding, traffic defaulters will directly go to MVD’s blacklist