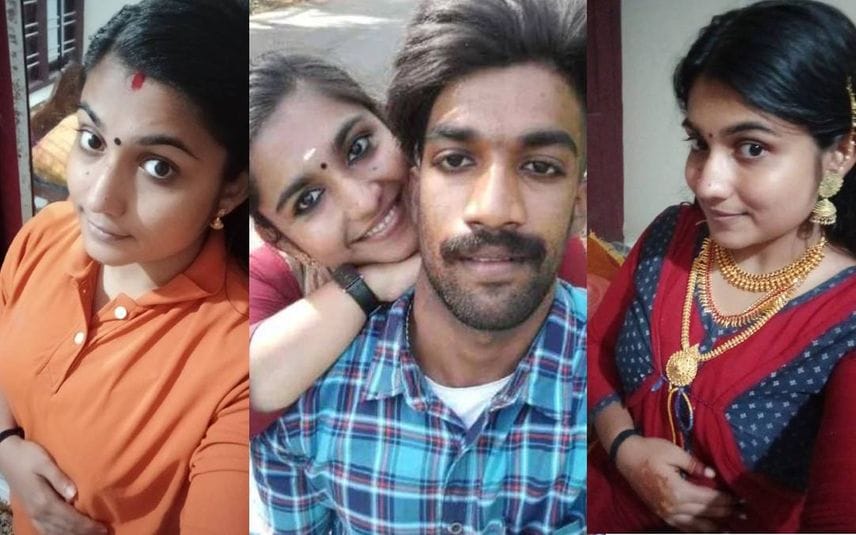 Thiruvananthapuram: Report of the doctor has turned crucial for police to crack the mystery behind the death of Parassala youth Sharon Raj. On Sunday, the probe team confirmed that Sharon was poisoned to death by his girlfriend Greeshma.

In the report to the police, the doctor stated that Sharon's vomit was green in colour. Usually, the vomit or urine turns darker if the person consumes poisonous substance which damages the liver or kidney. A team led by ADGP MR Ajith Kumar examined the report of the doctor and concluded that the accused had mixed a herbicide named Kapiq in the drink served to Sharon. The police officer also asserted that the presence of copper sulphate content was not found on Sharon's body.

The probe team also recovered a bottle of Kapiq from Greeshma's residence. The ADGP informed that the cause of death will be confirmed only after obtaining the detailed post-mortem report.

Meanwhile, the accused claimed that she plotted the crime alone to do away with Sharon. But police raised suspicion over her statement. Sharon's family also alleged that Greeshma's parents are also involved in the murder.

During the interrogation, she confessed to the police that she decided to kill Sharon as he refused to end his relationship with her. According to the probe team, further investigation is needed to crack the mysteries surrounding the case.

Greeshama had told Sharon that an astrologer predicted her first husband will die by November. But Sharon didn't believe in such matters. The duo was in a relationship for a year. Police assume that Greeshma fabricated the story of astrological prediction to do away with Sharon.

In her statement to the police, Greeshma revealed that she broke up with Sharon this February. But Sharon was not ready to end the relationship and continued to contact her. Following this, she decided to invite him home and serve the poison-laced Kashayam. When he complained of its taste, she served juice to him. Sharon vomited immediately after consuming the drink. Sharon was accompanied by a friend while visiting Greeshma's house. He left her house after feeling uneasy.

However, Sharon's family alleged that he had vomited several times after drinking juice served by Greeshma on several occasions. But Greeshma dismissed this allegation. She also rejected the allegations about her marriage with Sharon.

ADGP MR Ajith Kumar stated that a detailed investigation will be carried out on the alleged marriage.